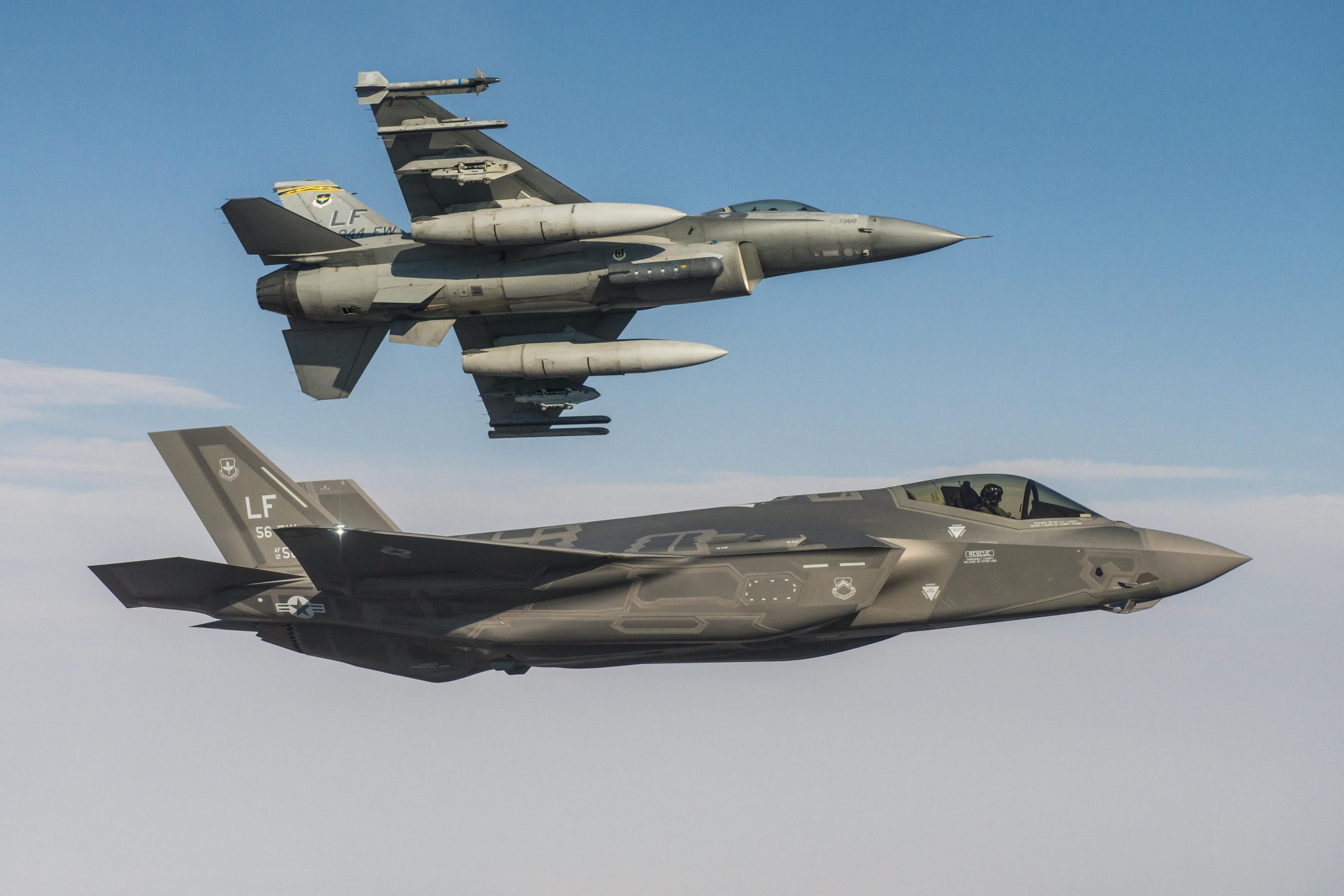 F-16s and F-35s at Luke AFB, Ariz., began flying joint training in October, integrating fourth and fifth generation pilot training for the first time. The 56th Fighter Wing at Luke is flying the aircraft together in dedicated sorties every day that use the F-16s to mimic real-life threats F-35s could face, according to a Luke release.