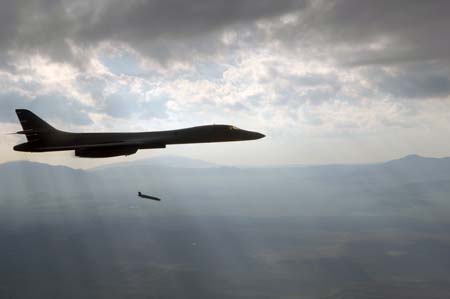 A photographer captures a JASSM-ER stealthy cruise missile as it falls from a B-1 Lancer during a flight test in a photo posted on the Air Force's Flickr site on Aug. 10, 2012. The 337th Test and Evaluation Squadron at Dyess AFB, Tex., is expected to conduct the final JASSM-ER operational test by the end of the August 2012, according to unit officials.