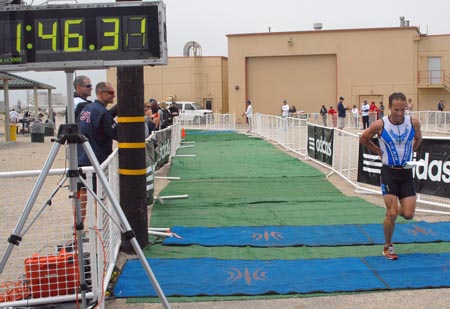 James Bales, a triathlete training for the 2012 Olympics, is the Air Force’s 2010 male athlete of the year. Bales is an orthopedic surgeon with the 21st Force Support Squadron at the Air Force Academy Hospital in Colorado Springs, Colo. He began competing in triathlons after graduating from the academy in 2001 and won his first gold medal in the 2010 Armed Forces Triathlon at Point Mugu, Calif. “Averaging only a few hours of sleep” each night, Bales said he trained throughout his five-year medical residency at Lackland AFB, Tex. He’s now a part of USAF’s World Class Athlete Program that gives him more time as well as the resources to train for the Olympics. The Air Force in December named 1st Lt. Kathy Rakel, also a triathlete, its 2010 female athlete of the year. (Peterson report by Margie Arnold)