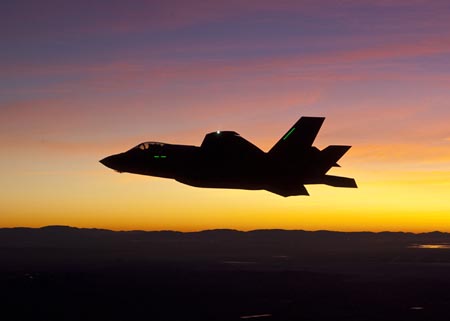 The Air Force on Friday will issue the draft environmental impact statement for the proposed establishment of an F-35A pilot training center within the continental United States, announced service officials. Luke AFB, Ariz., is the preferred location for the center. The other candidates sites are: Boise Air Terminal Airport Air Guard Station in Idaho; Holloman AFB, N.M.; and Tucson International Airport Air Guard Station in Arizona. No final decision will come regarding the training center’s location until after the environmental impact analysis is completed for these sites. “For planning purposes, the Air Force is analyzing the impacts of basing increments of 24 aircraft, from 24 to 144, depending on capacity at the candidate installations,” said Kathleen Ferguson, USAF’s deputy assistant secretary for installations. Release of the draft EIS opens a 45-day public comment period ending on March 14. Ferguson said the Air Force expects to render the final decision this summer. Already Eglin AFB, Fla., hosts the initial F-35 joint schoolhouse and Nellis AFB, Nev., is getting an F-35A contingent to support testing and weapons school training there. (Washington, D.C., report by Mitch Gettle)