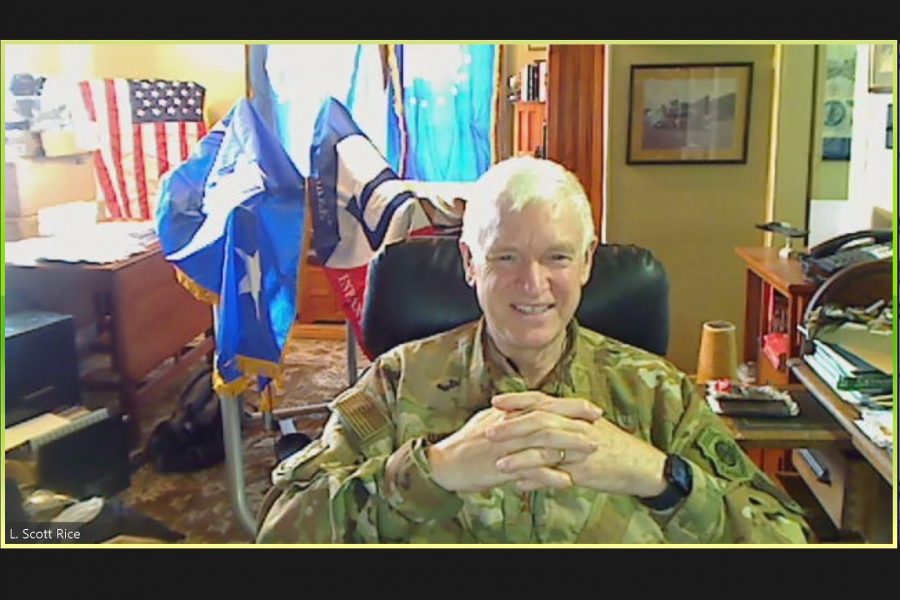 The Air National Guard will fall approximately 1,000 personnel short of its authorized end strength of 107,500 at the end of fiscal 2020 due to a drop in retention, despite recruitment being slightly on the rise, ANG Director Lt. Gen. Scott Rice said.

While the Air National Guard is working to determine the cause of the retention issues, Rice said he suspects the uncertainty and activation tempo associated with COVID-19 are contributing factors.

“We had orders in hand in March and April just for 30 days, 31 days, and then those are extended to the end of May, and to the end of June, and now we have the authorization to extend them through August,” Rice said during a June 10 Mitchell Institute for Aerospace Studies virtual event. “That’s, you know, pretty impactful on people, as we look to the future.”

As of the morning of June 10, nearly 104,000 National Guard personnel were activated in some capacity as part of stateside or international missions, according to the National Guard Bureau. More than 38,000 of those troops were supporting pandemic-related missions, it stated. A breakdown of Army and Air National Guard activations was not provided.

According to the memo, which was not releasable but whose major details were described to Air Force Magazine, this wiggle room can only be used to fill Guard positions deemed “critical for COVID-19 support or response” that “could not be reasonably filled by sources other than retired members,” Robinson said.

Qualifying former Airmen can come back for one year at a time, after which states would have to get permission from ANG’s top brass for them to keep serving, he said.

“The director of the Air National Guard would consider those extensions on a case-by-case basis,” Robinson said. “So basically, if they wanted to bring folks back, they had to make a case why it was going to be a critical need and why this member would be a good fit for that as opposed to somebody else.”

From there, the ANG director makes the ultimate call based on the application package, and the process would need to be repeated annually, as needed, he said.

Before this memo was issued, manning and career-field related thresholds needed to be met before indispensability could be used, Robinson said. The number of Airmen who returned under the more flexible rules has not been released. The memo expires in April 2021.

“This memo allowed [Lt.] Gen. Rice and the Air National Guard to surge in some different career fields that might not necessarily be in that position because of the need that was brought on by the COVID-19 response,” he said.

The new coronavirus outbreak has had professional implications for Rice, as well.

Rice reached the 40-year service mark in May and had originally planned to be retired by now, but President Donald Trump has extended his stint as ANG director by “a few months” to assist with pandemic response, he said.

“I’m about 20 years farther along than I ever thought I would be, but it’s been quite an adventure, quite a ride,” he said.