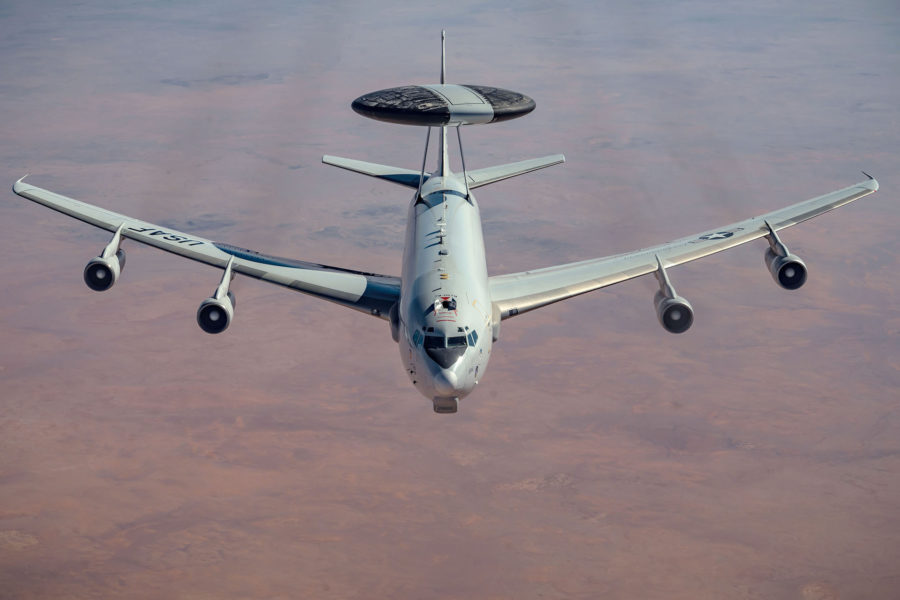 Air Force to Retire Half Its AWACS Fleet, Most JSTARS, Leaving ‘Small Gap’ in ISR

The Air Force plans to retire half its AWACS fleet of E-3 Sentries and most E-8C JSTARS in fiscal 2023 and 2024, but it anticipates a delay between the retirements and new space-based ISR capabilities that could replace them, Air Force leaders said as the 2023 budget request rolled out.

JSTARS aircraft “are not survivable—they’d be gone in a minute,” said Maj. Gen. James D. Peccia III, deputy assistant secretary for budget, explaining why the Air Force plans to retire 12 of 16 Joint Surveillance Target Attack Radar System, or JSTARS, aircraft by the end of fiscal ’24. The first eight of those aircraft would be retired in fiscal ’23, with four more aircraft going in 2024. Those funds would be redirected to develop more survivable intelligence, surveillance, and reconnaissance, or ISR, capabilities.

Similarly, the Air Force plans to retire 15 E-3 Airborne Warning and Control System, or AWACS, aircraft from Tinker Air Force Base, Okla., also because of reliability and survivability concerns. “We’re going to a new capability,” Peccia said. The E-3 is “not survivable in a future fight, so it doesn’t bring us the capability we need.”

The Air Force intends to invest $227 million into E-3 AWACS recapitalization development, almost certain to be an acquisition of Boeing’s E-7 Wedgetail. Australia already operates a version of that aircraft.

Peccia admitted there will be a capability gap as new capabilities, including space-based ISR, are being developed. “There may be a small gap, but not anything we can’t manage,” he said.

Both fleets are about 40 years old, and readiness and maintenance are growing challenges.

For now, however, the 16 remaining AWACS aircraft would be retained at Kadena Air Base, Japan, and Joint Base Elmendorf-Richardson, Alaska, Peccia said.

He said the Air Force will decide in 2023 on a new platform to provide the airborne moving target indicator, or AMTI, capability that JSTARS historically has offered. The Air Force will continue to operate multiple ground surveillance ISR platforms, such as the RQ-4 Global Hawk, “across the duration of the coverage reduction caused by JSTARS retirement.”

Peccia said a space-based solution is still in an option: “We are researching space-based capabilities.”