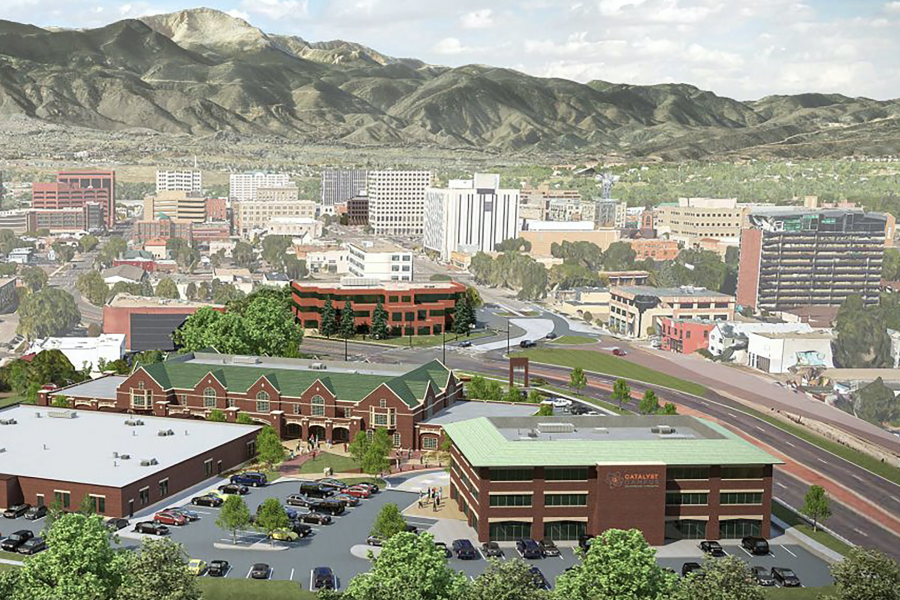 The Air Force Space Accelerator Program has opened the competition for its latest cohort of tech startups, offering to nurture a handful of new companies working on breakthrough technologies—in this case to address the problem of cybersecurity in the space sector.

There are eight slots available in the new cohort for contest winners, and they get a three-month residency at the Colorado Springs campus of the Catalyst Space Accelerator, its director KiMar Gartman told Air Force Magazine. The program is designed to educate startups about how to develop and sell their technology, especially to the U.S. military. “We aim to get innovative technology into the hands of the warfighter as quickly as possible,” she said.

It’s the sixth cohort the Colorado accelerator will host to generate new technology for U.S. efforts in space, and the first to focus on cybersecurity, she said. The Colorado accelerator, launched in January 2018, is one of several run as public-private partnerships by the Space Vehicles Directorate of the Air Force Research Laboratory and other Air Force elements. The others include the Techstars Starburst Space Accelerator in Los Angeles, and the Hyperspace Challenge run with ABQid in Albuquerque, N.M.

The “problem statement” this latest cohort will address proposes using cybersecurity technologies “to secure the next generation of space operations and increase resiliency” of existing systems. It specifically highlights the issue of cyber-physical systems—where IT hardware and software interacts with the real world. In the terrestrial context, this means for example, Industrial Control Systems that run machinery in factories or power plants. In space, it includes the computer systems that move satellite antennas or control propulsion.

Drafting the problem statement for accelerator cohorts is an art in itself, explained Matt McGuire, a principal director at Booz Allen Hamilton, which is sponsoring the latest one. BAH worked with AFRL on the problem statement, McGuire said. “You are looking for a very specific, niche capability… But you have to leave it open ended enough so you don’t stifle innovation by excluding any approaches.”

The risk to cyber-physical systems was highlighted last year when a series of vulnerabilities was found in a suite of programs called VXWorks. The programs run cyber-physical systems and have been used to control the propulsion systems in spacecraft including NASA’s InSight mission to Mars and the new Astranis communications satellite to be stationed over Alaska. The flaws would allow a remote attacker complete control of the system.

The 12-week accelerator program covers legal and financial issues; business strategy and marketing; and customer discovery. The startups that the accelerator nurtures are “very good at the technical stuff,” said BAH’s McGuire, “but mostly they don’t have a military background.” As a result, they may not understand the operational requirements of military users. “It’s not always just about the technology,” he said. “It’s got to be useable in  a military environment.”

The program culminates in a demo day, when the companies get to show off their technology to potential buyers across the Defense Department and in the commercial sector, explained Gartman, the Colorado campus director.

“The idea is to help them make as many valuable and meaningful contacts as possible,” Gartman said. Two volunteer “sherpas” or mentors—one from the space/defense contracting world and the other from the DOD—lead the companies through their residency, bringing in and making introductions to as many potential buyers for their technology as they can. “The [DOD] sherpas can use their dot mil email address to … open doors,” for the companies being incubated, she explained.

The process can have a huge impact on the nascent companies, she added. In the last cohort, every one of the participant companies “pivoted to some degree,” adjusting their technology or their pitch as a result of what they learned from the potential customers they met. “Sometimes it was a tweak, sometimes it was a 180 degree shift,” she said. But either way, the companies saved “thousands of hours of R&D and other work.”

The companies each get a $15,000 stipend—paid for by the cohort’s sponsor—which covers travel and other expenses associated with attending.

The contest is being held as the program is undergoing a bureaucratic shake-up. The Air Force element that sponsors the program, the Space Vehicles Directorate, is one of five AFRL directorates being transferred out of the Air Force to the new U.S. Space Force—a change that officials insist won’t impact their work.

“We’re going to keep running as we have been,” said Capt. Roger Anderson, the deputy program manager for the space accelerators program, which is run out of Kirtland Air Force Base, N.M. The military billets in the 800-strong Space Vehicle Directorate will transfer to the Space Force, he said, but the directorate will remain within the structure of AFRL. For the accelerator program, he added, “It’s just a name change at this point … We’re already space focused, so that won‘t change.”

Between 20 and 40 applications for the eight available slots are expected, explained Shea Thomas, the program director for the new cohort at the Catalyst Space Accelerator, which is based in a converted railway station in Colorado Springs, a major hub for both the civilian and military space and aerospace industry.

Whittling down the applicants to 15 or so finalists who will be invited to pitch in person, and then to the eight winners is not easy, Shea said, but she has a lot of assistance. “We bring in people from all the military services, the sponsors and other industry experts also help,” she said.

Anderson, the accelerators’ deputy PM, emphasizes the value for money the program offers. “For an outlay of only several million dollars since the program started, graduate companies have attracted nearly $100 million in SBIRs [Small Business Innovation Research] funding [from DOD] and about the same amount in private sector venture capital,” he said. AFRL declined to release budget figures for the program.

The ideal graduate company, Anderson added, was one that could sell to the military, but also take advantage of the broader commercial space market, captured by the slogan “Market focused but mission aware.”

One graduate company, synthetic aperture radar smallsat startup Capella Space, owes the accelerator program its success in winning a recent contract from the Air Force, according to Vice President for Government Services Dan Brophy. “It’s impossible to imagine we would have been able to do that without the insight, tips, and training we got,” he said, “It was a truly outstanding experience.”

Leveraging the innovation of startups for both military and civilian government use, and harnessing the entrepreneurial genius of American commerce is one area of space technology where the U.S. can build on its otherwise eroding lead in the sector, said Sam Visner, director of the Commerce Department’s National Cybersecurity Federally Funded Research and Development Center operated by MITRE, and a former senior NSA official.”

“We are creating a global space industry that we are going to lead, which will be worth a trillion dollars in GDP terms by 2030 if not before,” he said, “No one else could do that.”

Editor’s Note: The story was updated at 3:32 p.m. on June 22 to correct the relationship between MITRE and the National Cybersecurity Federally Funded Research and Development Center.