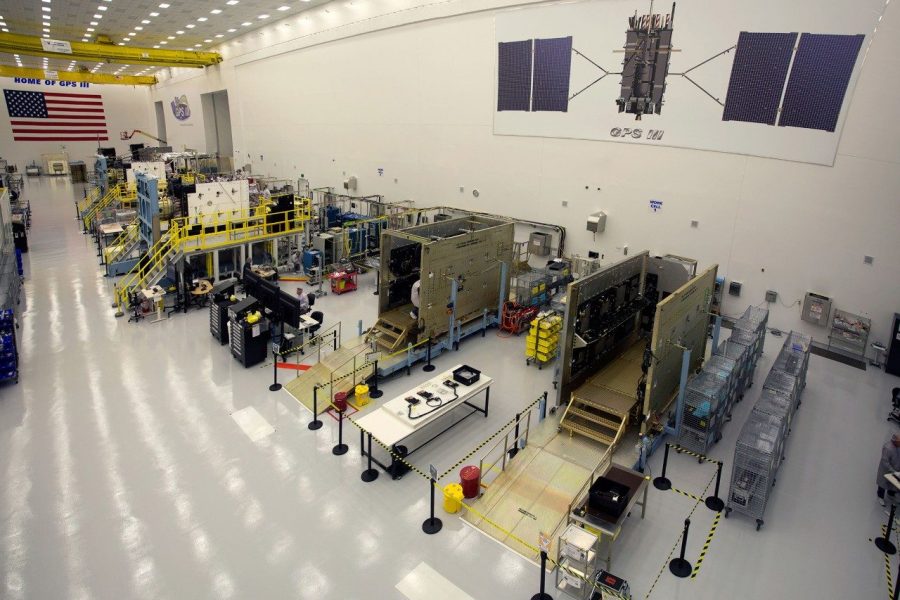 Air Force Mulls Next Steps for GPS After Ligado Approval

Military officials are exploring their options for how the Air Force’s GPS constellation could coexist with a new network that Ligado Networks says will enable fifth-generation, or 5G, wireless connectivity and the burgeoning Internet of Things.

On April 20, the Federal Communications Commission unanimously voted to allow Ligado to deploy the network in the electromagnetic spectrum’s L-Band, with conditions that would protect GPS by separating the transmissions from neighboring signals and limiting how powerful base stations can be. With those measures, the FCC argues, the GPS enterprise can continue to provide the same level of service to the world, enabling technology from bank ATMs to cell phone directions.

“We greatly appreciate their unanimous support as well as the expert engineering analysis determining that a terrestrial network can be deployed in the L-band to advance our country’s economic and security interests while fully protecting GPS,” Ligado President and Chief Executive Officer Doug Smith said in a release. “We look forward to utilizing satellite and terrestrial services to deploy customized private networks and deliver innovative, next-generation IoT solutions for the industrial sector.”

The decision spurred criticism from stakeholders like the Pentagon, top lawmakers on congressional defense committees, and the National Space-Based Positioning, Navigation, and Timing Advisory Board, which is comprised of government, industry, and academic experts.

“NASA and the PNT Board fully support the USAF and DOD positions, also articulated by [the Department of Transportation] and numerous other [federal] agencies and our millions of constituent users,” said James Miller, executive director of the PNT Board and deputy director of policy and strategic communications in NASA’s Space Communications and Navigation Program. “There is a long record of where the PNT Board stands on the issue of assured PNT through GPS, and thereby oppose any regulatory action that degrades this critical national capability.”

Others at the federal level, like the State Department and some lawmakers, support the vote. Sen. Mark Warner (D-Va.) argues the decision will use mid-band spectrum more efficiently.

Sens. Jim Inhofe (R-Okla.) and Jack Reed (D-R.I.) and Reps. Adam Smith (D-Wash.) and Mac Thornberry (R-Texas), the top four members of the Senate and House Armed Services Committee, pushed back in an April 22 op-ed published in C4ISRNET. They say Ligado will not use “prime mid-band spectrum being considered for 5G” and “could cost taxpayers and consumers billions of dollars and require the replacement of current GPS equipment.”

“It would be practically impossible to identify and repair or replace all of the potentially adversely affected receivers,” they wrote. “We expect the FCC to resolve Department of Defense concerns before moving forward, as required by law.”

Air Force Chief of Staff Gen. David Goldfein said at a recent Defense Writers Group event that he and Chief of Space Operations Gen. Jay Raymond are “looking at different mitigation steps” in response to the Ligado plan.

“If you’re trying to have a quiet conversation, and … the next room has got a 500-watt speaker blaring music at you, that gives you sort of a visual of what potentially could be interference with this GPS signal,” Goldfein added.

The Department of the Air Force did not provide more details on those considerations. GPS manufacturer Lockheed Martin did not answer a query about what technologies or design updates might bolster the constellation.

Army Brig. Gen. Thomas James, the Joint Task Force-Space Defense commander at Schriever Air Force Base, Colo., suggested that there’s more to learn about how Ligado’s proposal might play out.

“I would want to see, personally, analysis that could convince us that there’s a plan in place that allows that [coexistence] to happen without causing any significant effects,” he said during an April 24 Mitchell Institute for Aerospace Studies event. “GPS links are vulnerable. That’s part of the reason we’re concerned about this situation.”

He argues calls for alternative approaches to positioning, navigation, and timing shouldn’t be the only solution, and that the Pentagon should instead look at ways to maintain and defend space-based PNT.

“You can build other resilient systems, too, but I would not want to cede those advantages to an adversary,” James said.

Still, Brian Weeden, program planning director at the Secure World Foundation, doubts the Air Force can do much about Ligado.

“This is mainly an issue with the civil signal, not the military signals, which are on different frequencies and broadcast at higher power,” Weeden said. “The real issue as I understand it is with commercial GPS receivers that don’t have very good filtering and thus won’t be able to filter out nearby signals as well. I’ve heard it’s also a problem for civil applications that require really good accuracy, as they have to pull in a much wider swath of spectrum.”