Skip to content
“Wings Through Time,” a painting by Robert Emerson Bell, inspired former Air Force acquisition chief Will Roper to aim for a return to rapid introduction of new airplanes.
Expand Photo 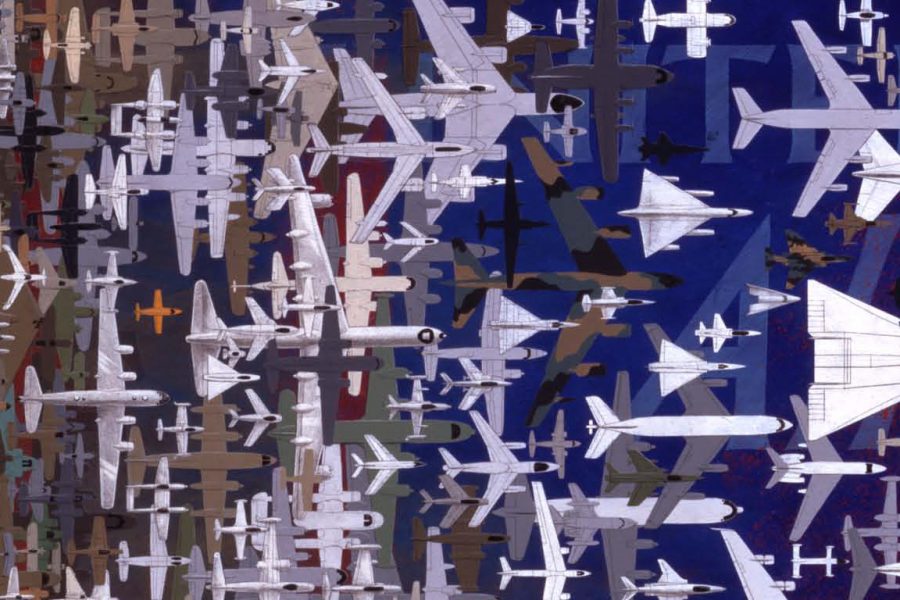 Using new digital methods to design a future Air Force fighter costs more than the traditional approach, but subsequent iterations could be done faster and less expensively, senior Air Force officials said Sept. 22. They also cautioned that the “Digital Century Series” is not synonymous with the Next Generation Air Dominance program and that no decision has been made about whether to take the approach on an NGAD successor.

The results of the Air Force’s business case analysis of the Digital Century Series approach to combat aircraft design differs from that developed by the Pentagon’s Cost Analysis and Program Evaluation shop, top uniformed USAF acquisition official Lt. Gen. Duke Z. Richardson told reporters Sept. 22. The CAPE’s numbers were higher than the Air Force’s but were highly subjective anyway, he said, because assumptions play a central role in defining costs.

“The differences … are in assumptions about [operations and sustainment] costs, and O&S cost avoidance,” Richardson said. “Another one is in the area of O&S cost growth; in other words, how much you project … the sustainment costs [will be], including manpower. The third area would be the time period of analysis.” The results of any business case analysis are “really sensitive to those assumptions,” he added, and “the assumptions are hard to make; … where do you stop? A traditional program might be on a 30-year-plus cycle, whereas the Digital Century Series system might be on a 16-year cycle. So these are multiples of each other.”

The Digital Century Series was a coinage of former Air Force acquisition executive Will Roper, who suggested that quick-turn design and production of new combat aircraft every few years—produced in lots of 50-100 before being superseded by the next design—would keep the fleet fresh and hold down sustainment costs, because the aircraft would be rapidly retired when their technology grew stale.

Air Force Secretary Frank Kendall told Air Force Magazine that Roper’s ideas of what could be saved with the Digital Century Series were “highly optimistic” and agreed that CAPE’s estimate was higher than the Air Force’s, but the two organizations also applied different assumptions about the sustainment period. The CAPE’s analysis was that traditional methods cost “about 10 percent less” than digital. But digital allowed a quicker revisit of the design, and future iterations were less costly, he said.

Richardson acknowledged that CAPE’s cost estimates were higher, but added that the exercise wasn’t without value.

The Digital Century Series approach was “not an order of magnitude more expensive” than traditional methods, Richardson said. Roper’s approach also aimed to “keep the industrial base active and refreshed, being in the … design phase all the time.” There’s a “performance bump-up you get if you’re constantly refreshing your platforms. So, we think it has merit … We’re not flushing it.”

The CAPE results verified “that there’s merit to the idea,” he said. “What I like about the Digital Century Series approach—and the way we’re approaching [the Next-Generation Air Dominance program]—is that there’s always an option of doing that. That’s the beauty of it. It’s a few years out … The good news is, it’s not a decision we would need to make right away, but those assumptions do drive a lot of the results.”

In the near term, “we continue to focus on that first NGAD ‘mission design series,’ if you will, and we’ll make that other decision later.” Richardson noted, “The threat gets a vote, and also I would guess that if we were to start that second series, we would certainly look at the threat and … whether the threat warranted starting a second series early.”