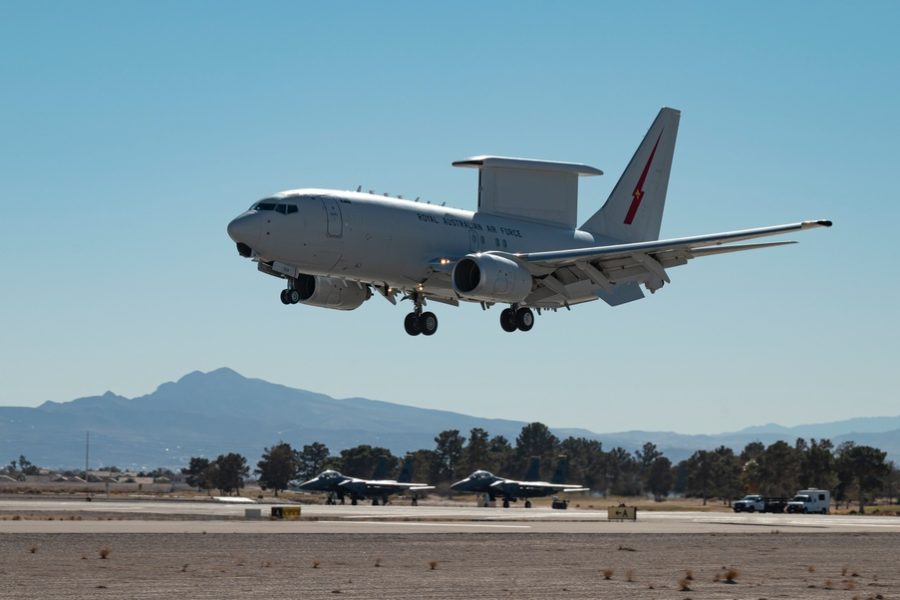 As Air Force Considers E-7A Buy, It Gets a Sneak Peek at Red Flag

As the Air Force considers how and whether to proceed with a rapid acquisition of Boeing’s E-7A Wedgetail, the service will get an up-close-and-personal look at the airborne warning and control aircraft in the coming days.

An E-7A from the Royal Australian Air Force is participating in USAF’s latest Red Flag exercise at Nellis Air Force Base, Nev., Maj. Gen. Case A. Cunningham, commander of the Air Warfare Center, confirmed during an AFA Air and Space Warfighters in Action virtual seminar on Jan. 26.

“It’s a really fantastic opportunity to get to integrate and work closely with our key ally on what we all know is a critical and essential capability for the pacing challenges that we face in the Indo-Pacific theater, especially, but in other theaters as well,” Case said.

In particular, the Air Force will look to use the Red Flag, which kicked off Jan. 24 and runs until Feb. 11, as an opportunity to “really refine the tactics, techniques, and procedures that it means to work with F-35s and F-22s, for example, in the highly contested environment, as they work in collaboration with the E-7A,” Case said.

And the insight gained through this training won’t just help the Air Force learn how to better integrate and work alongside allies, Case said, “but also will feed into the lessons as we potentially look at bringing the E-7 capability to our own air force.”

The potential addition of the E-7A to replace the aging E-3 Sentry Airborne Warning and Control System, or AWACS, has emerged as a top priority of Air Force leadership in the past few months.

In September at the Air Force Association’s Air, Space & Cyber Conference, Chief of Staff Gen. Charles Q. Brown Jr. called the E-7 a “good platform,” saying he had flown aboard multiple times and it would likely be ready much sooner than other options developed from scratch.

Gen. Kenneth S. Wilsbach, head of Pacific Air Forces, endorsed the E-7 as well, calling it “a proven capability” and saying he’s been impressed with its performance.

In October, the Air Force issued a business opportunity announcement asking Boeing to conduct “studies, analyses, and activities required to ascertain the current E-7A baseline configuration and determine what additional work would be necessary” to make the aircraft compatible with Air Force “configuration standards and mandates.”

Around the same time, Air Combat Command chief Gen. Mark D. Kelly noted that he needed a replacement to the E-3 “two years ago.”

Air Force Secretary Frank Kendall confirmed in December that the service is looking to buy the E-7A as a bridge system to a future space-based moving target indicator system, calling it one of his top priorities.

In addition to Australia, Turkey, South Korea, and the United Kingdom have all ordered E-7As as well.