Skip to content
A B-52 out of Edwards Air Force Base, California, carries an ARRW IMV (AGM-183A) asset for its first captive carry flight on June 12, 2019. Air Force photo by Christopher Okula.
Expand Photo 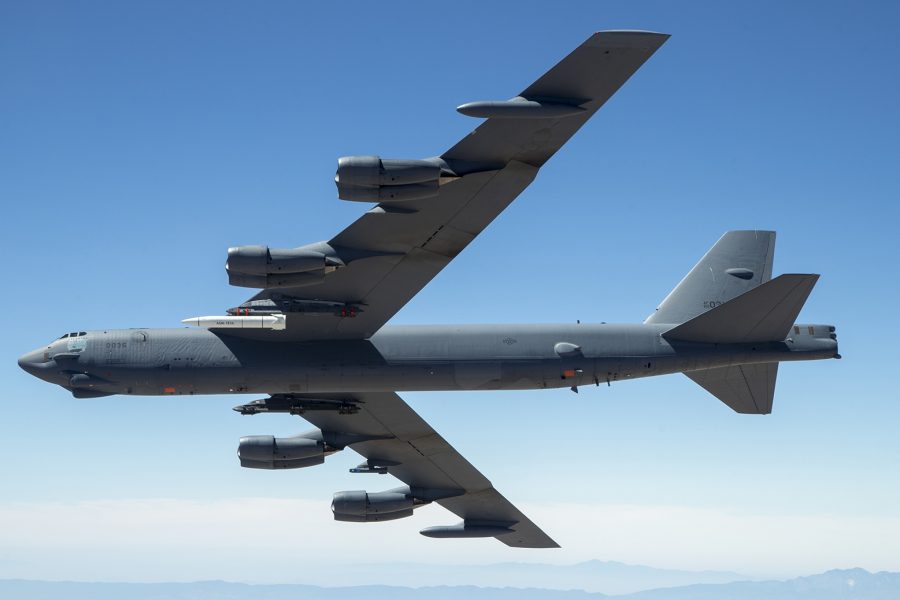 The Air Force has notified Lockheed Martin it has cancelled the Hypersonic Conventional Strike Weapon as of Feb. 10, in favor of the AGM-183 Air-Launched Rapid Response Weapon. The cancellation is not because of poor performance but because of other “budget priorities,” the service said.

ARRW is the only hypersonic prototyping effort USAF is funding this year, service spokeswoman Ann Stefanek told reporters. Lockheed Martin Space in Huntsville, Alabama, is the prime contractor for HCSW, while Lockheed Missiles and Fire Control in Orlando, Florida, is the prime for ARRW.

Work on HCSW will conclude after critical design review in March, Stefanek said. Ending the program at CDR will allow the Air Force to capture as much benefit as possible from the technology developed for the project, she said.

Lockheed Missiles and Fire Control received a contract for ARRW in December, valued at up to $998 million, which definitized contract terms. The first operational flight test is slated to occur by the end of calendar 2020.

The Air Force’s fiscal 2021 budget request includes just $382 million for hypersonics prototyping, down substantially from the enacted 2020 budget, which authorized $576 million for that research.

The ARRW is “on track for an early operational capability in fiscal year 2022,” Stefanek said. It offers “a unique glide body design as compared to other” hypersonic prototyping concepts. “We will continue to work collaboratively with our sister services to see how we can most effectively leverage each other’s capabilities, ensuring the most prudent use of taxpayer dollars,” Stefanek added.

The HCSW was intended to be a standoff weapon for use by both bombers and fighters. It was to be used against time-critical fixed and mobile ground targets in a highly contested environment, using both GPS and Inertial Navigation System guidance, as well as a terminal guidance feature.

USAF determined seven of 12 companies originally seeking work on HCSW were did not have sufficient experience to meet the service’s aggressive timelines. Lockheed won the contract, valued at up to $928 million, in April of 2018. The Air Force did not immediately say how much of those funds had been expended on the project.

Lockheed Martin Space was notified of the termination for convenience—meaning the contractor was not at fault—for “all task orders not related to the completion” of the CDR review, Stefanek reported.

The Air Force said the HCSW program “pioneered significant advancements” in hypersonic technology development and the “integration of existing, mature technologies for use in various hypersonic efforts across the Department of Defense,” including Army, Navy, and Missile Defense Agency programs. The HCSW team met all milestones and the program will help the services “expedite the generation and demonstration of various hypersonic weapon capabilities in the near future.”

The Air Force did not say what other-service project would take up the mission HCSW would have performed, but Stefanek told reporters the HCSW money would likely be funneled into ARRW.