Skip to content
An A-10 Thunderbolt II from the 107th Fighter Squadron, 127th Wing, Michigan Air National Guard, lands on and takes off from a highway during agile combat employment training at Northern Agility-1 22 in Alger County, located in the Upper Peninsula of Mich., June 29, 2022. Air National Guard photo by Master Sgt. David Kujawa.
Expand Photo 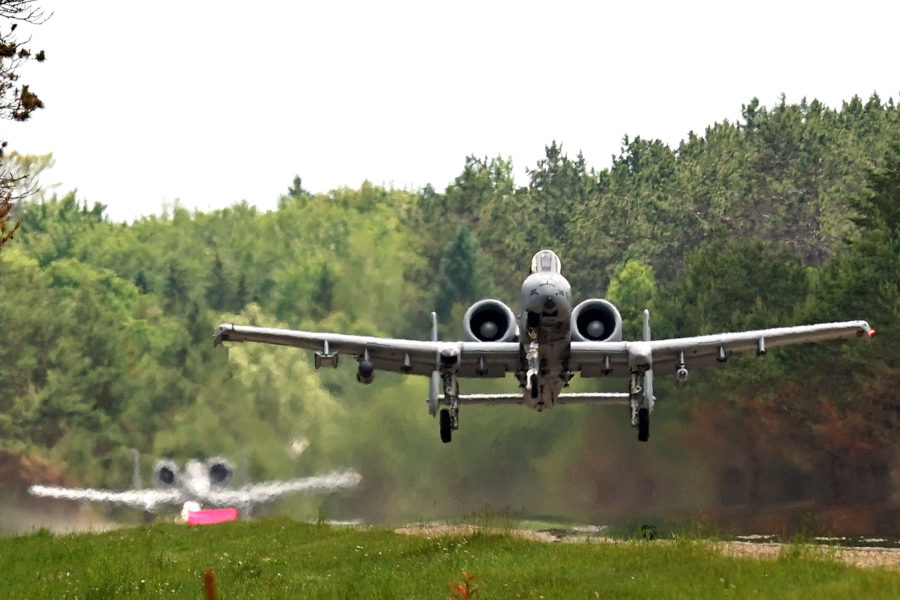 Not only did the aircraft land on the highway, they also performed integrated combat turns, in which Airmen quickly refuel and rearm the aircraft while the engines are still running, enabling the jets to take off again as quickly as possible. It is the first time integrated combat turns have been executed on a public highway in the United States, according to the release.

The training was part of the Michigan Air National Guard’s exercise Northern Agility 22-1 and builds off of Exercise Northern Strike 21-2 last summer, in which four A-10s and two C-146As landed on a different highway in Michigan. That was believed to be the first time the Air Force has purposely landed modern aircraft on a civilian roadway in the U.S.

A month later, a C-130J landed on a highway in rural Wyoming. The Air Force’s interest in landing aircraft on civilian roads is part of its overall larger push to embrace and develop the concept of agile combat employment, in which smaller teams of Airmen are able to move quickly and operate in austere, nontraditional locations.

ACE was originally developed by Pacific Air Forces, and exercises have often focused on operating on smaller airstrips without the resources of a typical Air Force installation. But roads have also been utilized, too—in 2016, A-10s landed on a highway in Estonia.

“Northern Agility 22-1 is an historic exercise that supports the Air Force’s directive to ‘accelerate change or lose,’ as well as the ability of our Airmen to generate combat power anytime, anywhere,” Brig. Gen. Bryan J. Teff, commander of the Michigan ANG, said in a statement. “Michigan is a champion for Agile Combat Employment, so when it comes to leveraging our state’s unique partnerships, training environment and resources to ensure the Joint Force stays one step ahead of our adversaries, today was a huge success.”