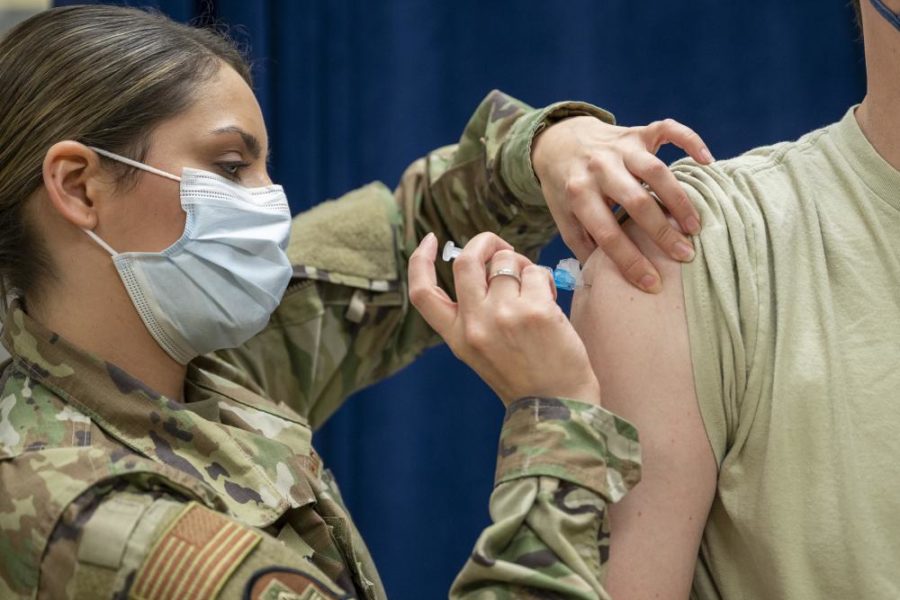 Editor’s Note: This story was updated at 10:30 a.m. on Jan. 12 to clarify that those administratively discharged are all active-duty Airmen.

The Department of the Air Force has ramped up its rate of dismissals for Airmen who refused to receive the COVID-19 vaccine, according to the department’s most recent data.

As of Jan. 10, the Air Force had administratively separated 87 active-duty Airmen, it announced. On Jan. 6, an Air Force spokesperson had told Air Force Magazine that the number of separations stood at 75, amounting to an increase of 12 in less than a week. The latest numbers mark 60 separations in the last four weeks after DAF announced its first batch of 27 separations Dec. 13.

That first group of separations occurred more than a month after the Air Force’s Nov. 2 deadline for Active-duty service members to get fully vaccinated. At that time, none of those discharged sought a religious or medical exemption, the Air Force confirmed. If they had, they would have been considered in compliance with the vaccine mandate while their request was pending.

It is unclear if any of the 60 subsequent Airmen or Guardians separated had sought an accommodation, as the Air Force did not immediately respond to an Air Force Magazine inquiry.

The number of separations will almost certainly continue to grow. At one point, the Air Force had recorded 3,301 service members across the Total Force as having verbally refused the vaccine, though the latest update did not include new figures.

The latest numbers do indicate that more than 2,100 Airmen and Guardians still have requests for religious accommodations pending with their major or field command, while 2,387 requests have been denied. At the end of 2021, there were still 8,636 Airmen and Guardians across the Active-duty, Reserve, and Guard who had requests pending—the Air Force has yet to explain the large drop in pending requests.

According to a memo signed by Air Force Secretary Frank Kendall, service members whose religious exemption requests are denied at the major command or filed command level have five days to exercise one of three options:

If an appeal is denied, the five-day clock restarts. Under the 2022 National Defense Authorization Act, those booted from service solely for refusing the vaccine will be discharged under honorable or general conditions.

The percentage of service members who are vaccinated, meanwhile, is inching higher. The latest data indicates that 95.9 percent of the Total Force is at least partially vaccinated, up 0.1 percent from a week earlier and 0.5 percent from Dec. 3.