Skip to content
A U.S. Army soldier protects a C130J Super Hercules while others load a vehicle into a C-130J during an operation under Joint Task Force-Quartz in support of Operation Octave Quartz in Somalia on Dec. 18, 2020. The OOQ mission is to reposition Defense Department personnel from Somalia to other locations in East Africa. USAF photo by Senior Airman Charles T. Fultz.
Expand Photo 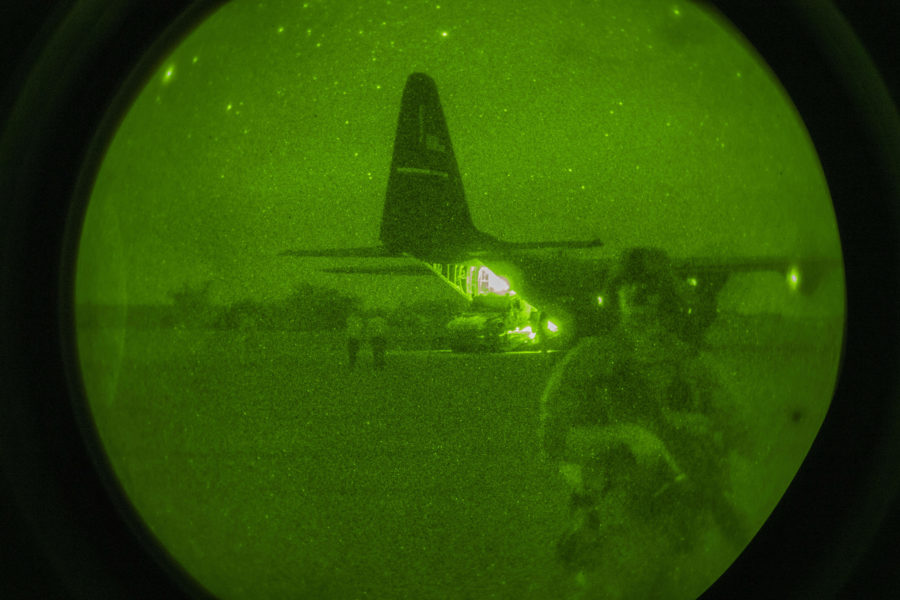 After Leaving Somalia, U.S. Troops Now ‘Commuting to Work’ From Other Nations

Since U.S. forces withdrew from Somalia earlier this year, they have been “commuting to work” via aircraft to help train Somali troops and for potential counter terror missions, but without a ground presence there is limited intelligence understanding, the head of U.S. Africa Command told lawmakers.

In December 2020, former President Donald J. Trump ordered U.S. troops to leave Somalia and reposition at other bases in the region. In about 60 days, a task force of about 13,400 troops from around the globe came together and “executed this high-risk mission ahead of schedule,” AFRICOM boss Gen. Stephen J. Townsend told the Senate Armed Services Committee. This included USAF C-130s flying about 200 sorties, and moving 4 million pounds of cargo largely at night, Air Force Magazine has reported.

There is still a “limited footprint” of less than 100 troops remaining in Somalia with the U.S. embassy, and other forces are based at locations outside the country, such as Kenya and Djibouti. AFRICOM forces work virtually with partners from these bases, and “then we fly in to conduct training and to advise and assist our partners,” Townsend said.

U.S. troops have conducted four of these operations within the past 90 days, with one ongoing currently, Townsend said.

AFRICOM is “continually revising and improving the way we do that to make it as effective as we can,” he said. “There’s no denying that the repositioning of forces outside Somalia has introduced new layers of complexity and risk.”

Specifically, limited intelligence, surveillance, and reconnaissance, along with less interaction with Somali forces, means “our understanding of what is happening in Somalia is less now than when we were there on the ground physically located with our partners,” he said. “So, we’re working to make this new mode of operation work.”

At the same time, the broader Defense Department is undergoing a global posture review focused on where U.S. forces should be deployed. AFRICOM is presenting options to Defense Secretary Lloyd J. Austin III on the way ahead in both Somalia and across Africa. Without getting ahead of the decisions, Townsend said his biggest requirements are having the right amount of personnel recovery and casualty evacuation where forces are located, enough ISR, and funding to help train partner nations.