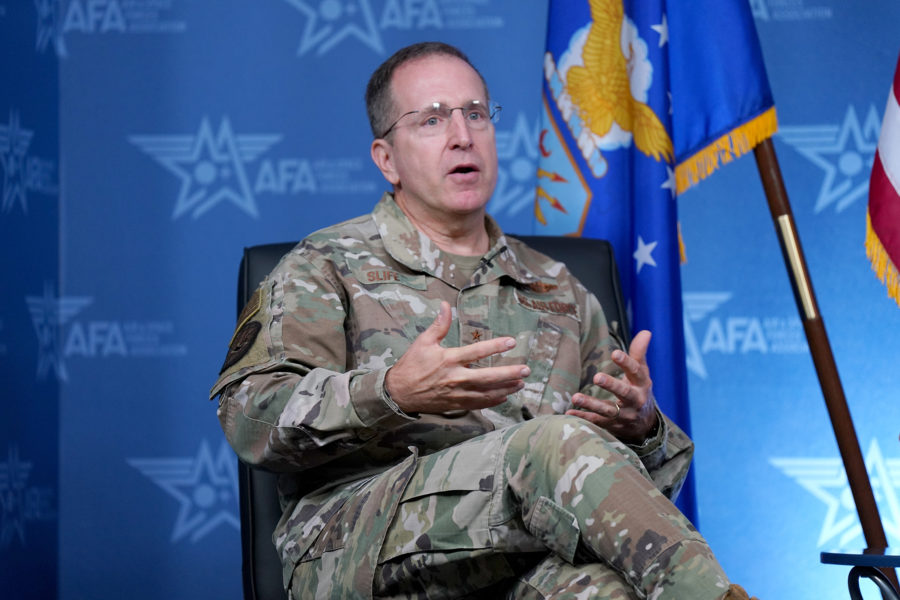 AFSOC Has a Design for Its Amphibious MC-130J; Aircraft Integration Set for 2023

The schedule appears to have changed a little, but Air Force Special Operations Command is still working on developing an amphibious capability to go on its MC-130J aircraft, AFSOC’s commander said Sept. 7.

It has been roughly a year since Lt. Gen. James C. “Jim” Slife first detailed AFSOC’s plans to take the MC-130J—capable of personnel infiltration and exfiltration, logistics, resupply, and personnel recovery—and find a way for it to land on water. Such a capability was necessary, he said, as the command shifts focus to the Indo-Pacific theater, an area dominated by vast bodies of water.

At the time, Slife said the hope was for a demo flight by late 2022. But speaking at an AFA Warfighters in Action event Sept. 7, Slife said the plan now is to start integrating the capability onto aircraft in 2023.

A final design has been selected, Slife added, and it is currently undergoing “wave tank testing.”

“We’ve got a 100 percent digital design. We started out with a number of digital designs. We ran through a series of testing to figure out, do we want to do a catamaran, a pontoon, a hull applique on the bottom of the aircraft?” Slife said. “I mean, we kind of went through all the iterations of that. And we settled on a design that provides the best tradeoff of drag, weight, sea state performance—all those types of things.”

Slife did not specify what the final design selected was, but he did say the early returns from that testing have been positive, with everything performing “pretty much the way the digital design was predicted to perform.”

But while the design will soon be integrated onto aircraft for the first time, it won’t be a permanent modification, Slife clarified.

“The idea here is it’s an amphibious modification—it’s not a float plane. It will have the ability to land on both land or water. And it’ll be a field-installable modification kit. And so it won’t be every airplane; it won’t be all the time. It’ll be a capability that’s available to the fleet,” Slife said.

The Air Force currently has a little more than 50 MC-130Js, operating out of Cannon and Kirtland Air Force Bases, N.M., as well as Kadena Air Base, Japan, and RAF Mildenhall, U.K.

Slife did not offer an explanation for the delay in the aircraft’s first flight with the amphibious capability. In August, however, an Air Force official at the Life Cycle Industry Days conference in Dayton, Ohio, indicated that the effort had briefly been dropped before being revived.

“It started, then it stopped. And now it looks like it’s getting traction to start moving again,” said Douglas Gregory, a deputy division chief in the Air Force Life Cycle Management Center’s ISR/special operations directorate. “So it was all user required, based on the requirements, and they’re providing that right now.” 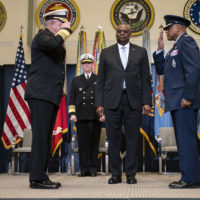 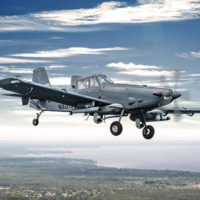 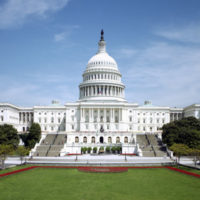 The Air Force has tapped Will Rogers Air National Guard Base, in Oklahoma, as the sole candidate location for the formal training unit of the AT-802U Sky Warden—the converted crop duster that won U.S. Special Operation Command’s Armed Overwatch contract. At Will Rogers in Oklahoma City, the Sky Warden will replace…