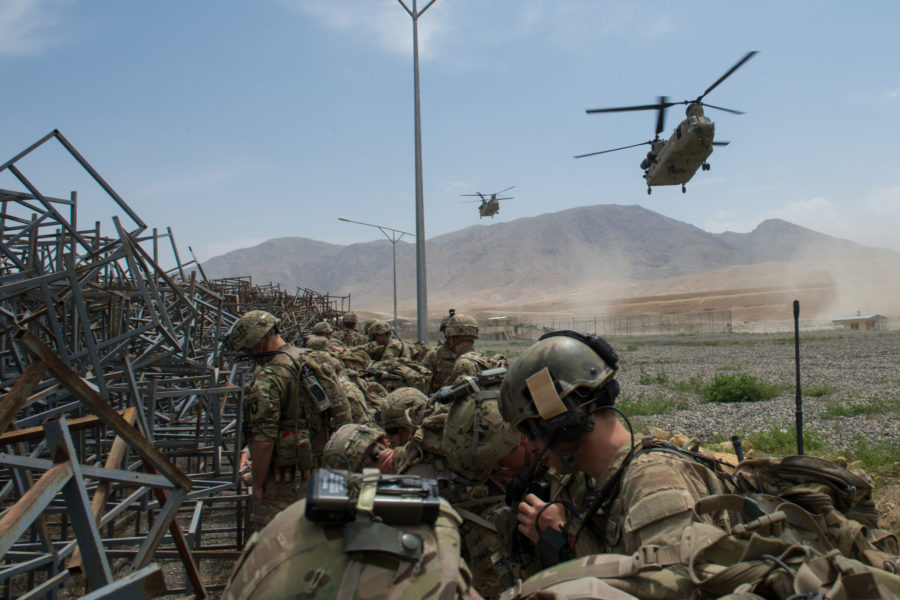 As C-17s and C-130s lofted thousands of Americans and Afghan nationals fleeing from Kabul International Airport, Air Force Special Operations Command chief Lt. Gen. James C. “Jim” Slife articulated many of the mixed reactions of the tens of thousands of American service men and women who served in Afghanistan over the last 20 years.

In an Aug. 16 post shared on the AFSOC Facebook page, Slife noted that he had served a third of his career in the Afghanistan fight, with the responsibility of “sending countless Airmen into harm’s way there, not all of whom returned to their families.” He began sending home the remains of friends and teammates under his command starting in 2003 and said he’s felt all the “highs and lows” of success, frustration, and loss on the Afghan field of battle.

“Like many, I struggle to make sense of it all,” Slife wrote. He acknowledged that there will be histories written that will dissect the strategies and tactics applied in the “cold, unforgiving light” of hindsight, but the experience is still “too close” for him to reach hard conclusions about it all.

However, there are a few things, he wrote, “of which I’m certain.”

First, “the Airmen of AFSOC have done what they were asked to do magnificently.”

“Valor. Sacrifice. Duty. All of it. I wake up every morning with a profound sense of gratitude to be associated with this command” and the Airmen who comprise it.

“Even today,” Slife wrote, AFSOC forces “answer the call” and do everything asked of them. “From Medal of Honor recipient MSgt. John Chapman to the still-serving squadron commander currently on his 19th deployment, AFSOC Airmen have done their duty magnificently.”

There will be “many hard days, … months, … year[s] ahead” for those who served, “often with deep ambivalence” about how they feel about the experience. Veterans will process those feelings “all the while continuing to deal with the physical, … neurocognitive, … psychological, … and moral wounds we’ve suffered along the way.”

He urged his troops and other Airmen to “talk about it” with chaplains, psychologists, and physicians, in order to “put your own experiences into some context that will allow you to move forward positively and productively.” Resources are available for those who’ve served and those still serving, he said.

To troops who can’t find resources through the Preservation of the Force and Family program, the Veterans Affairs Department, the base mental health clinic, the local chapel, the Airman and Family Readiness Center or Military OneSource, he advised, “ask your chain of command or message me directly and let us help you find the right avenue.”

The AFSOC team has been “through too much together … to try to process these very complex things on our own.”

Slife said, “I don’t know what it all means. But for now, the knowledge that doing one’s duty is its own reward will have to be enough.”

More than six thousand people forwarded or shared the message.

Chief Master Sergeant of the Air Force Joanne S. Bass thanked Slife for the comments, saying he had put into words “the feelings of many.”

Bass said she and her husband both served tours in Afghanistan “and have deep emotions about what transpired.” She has been thinking for days about the people she served with, the missions they performed, and “the friends I lost.”

Now, Bass said, “We must remain committed to ensuring the sacrifice that so many have made” continues to matter by “providing the best military advice to our nation’s leaders and through our unwavering commitment to the defense of our country. We owe it to our fallen brothers and sisters to come together now, more than ever, and see this through.”