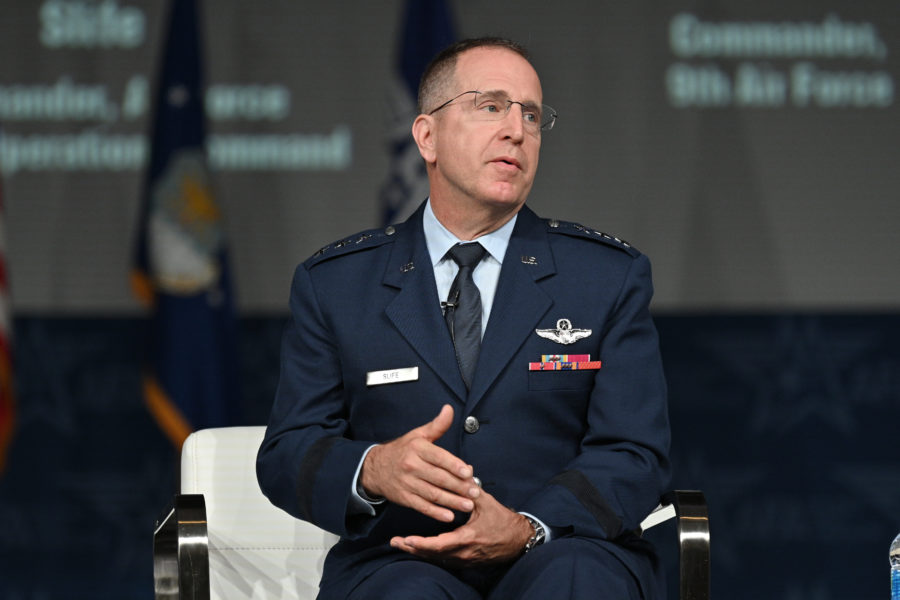 Slife, who has commanded AFSOC since June 2019, will succeed Lt. Gen. Joseph T. Guastella, whose retirement was announced in May.

The deputy chief of staff for operations oversees a broad portfolio but is primarily responsible for “providing policy, guidance, and oversight for … operations, training, and sourcing of [Air Force] capabilities and personnel to support joint operations, and representing [Air Force] operations” to the broader Pentagon, according to Air Force policy.

The deputy chief also assists the Chief of Staff in “providing and allocating operationally ready … forces and capabilities in response to the needs of the combatant commanders.”

Slife comes to the position after more than 30 years in uniform, much of it in special operations. Before leading AFSOC, he served consecutive assignments as chief of staff and vice commander for U.S. Special Operations Command in addition to stints as a top planner for U.S. Central Command. He has also commanded special operations Airmen at the squadron, group, and wing levels.

Under Guastella, the Air Force introduced a new Force Generation Model in which Airmen cycle through ​​four “bins,” each lasting six months for a 24-month cycle. In a September event with the Air & Space Forces Association, Slife extolled the benefits of that model in the context of his own experience in AFSOC, saying it helped him to articulate risk to combatant commanders by simplifying terminology and timelines.

“We’ve been unable to talk about our capacity in a way that resonates with the Joint Force. It becomes too technical and complicated. And so when we migrated to a four-cycle force generation model, it allows us to have these conversations very unemotionally and very fact-based and allows us to articulate risk and capacity in a way that has really eluded us,” Slife said.

At the same time, Slife came out strongly against the centralization of resources, saying he was on a “jihad” against it within AFSOC.

When the Air Force or major commands consolidate all of one capability into one unit, it may seem that there is enough capacity to go around, Slife said. But when “maximum effort and deploying” are required, the shortfall becomes clear.

Instead of organizing units around capabilities, Slife wants to organize around mission sets, which “[highlights] the shortages we have,” he said.

Such a mindset will likely inform his approach to his new job, where he’ll also be responsible for helping guide the Air Force’s transition toward agile combat employment, the operational concept in which smaller teams of Airmen operate out of remote or austere locations, sometimes perform jobs they don’t typically do, and can move quickly as needed.

ACE has become a key part of Air Force Chief of Staff Gen. Charles Q. Brown Jr.’s push for “multi-capable Airmen” who encourage innovation and change, and at AFSOC, Slife operationalized the concept with Mission Sustainment Teams—groups of Airmen with different speciality codes who can support themselves and other units anywhere in the field.

Slife’s nomination has been submitted to the Senate, where he’ll have to wait for confirmation. The process might take some time, as lawmakers face a lengthy to-do list after the midterm elections but before a new Congress begins in January.