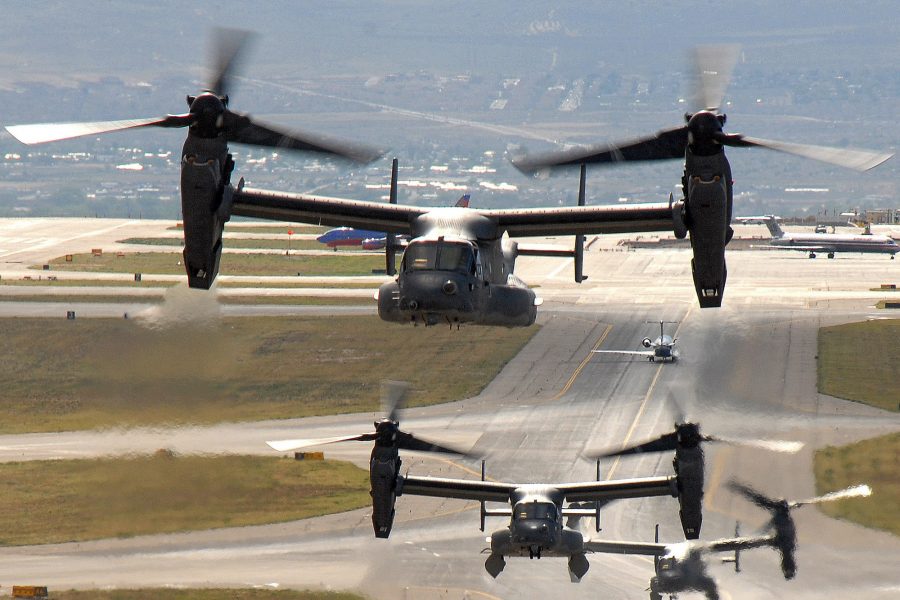 AFSOC Commander Explains Why He Ordered CV-22 Osprey Stand Down

Air Force Special Operations Command has known about the issue at the heart of the recent CV-22 Osprey safety stand down for years now, just as the Marine Corps and other stakeholders have.

But after two incidents in quick succession—including one that has left an aircraft stranded in a nature preserve in Norway—AFSOC commander Lt. Gen. James C. “Jim” Slife decided some action had to be taken to “draw attention” to the problem, even as the root cause remains a mystery, he said Sept. 7.

Such instances start with a “slipping sprag clutch inside the input wheels on the engines,” Slife said at an AFA Warfighters in Action event.

The Osprey is designed so that if one of its two engines fails, the other one can take over and power both prop rotors to avoid “enormous asymmetric lift, asymmetric thrust,” Slife said.

“But when a clutch slips, it causes the load to transfer to the other engine, and then when … it just slips momentarily and when it engages again, it brings that load back to the original motor,” Slife said. “And those large transient torque spikes exceed the limitations of the engines and the gearboxes to handle those transient torque loads.”

Such incidents result in “kind of a Christmas tree of lights, caution lights, in the cockpit, and some pretty squirrely flight control inputs,” Slife said. The crew typically lands as quickly as possible.

After AFSOC announced its stand down, however, the Marine Corps and the Navy both said they would not ground their versions of the V-22, with officials reportedly saying they felt they had appropriate procedures in place to handle such situations.

In the weeks leading up to the stand down, Slife said he was in regular contact with the Marines’ deputy commandant of aviation and the commanders of Naval Air Forces and Naval Air Systems Command. Ultimately, his decision to ground the Air Force fleet came down to his view on how the problem should be addressed.

“My stand down was really an opportunity for us to bring some attention to this in the engineering enterprise and with our industry partners, because the approach up to this point has been: Until we understand the root cause, there’s really nothing we can do about it,” Slife said. “And my view is we may not understand why it’s happening, but we absolutely know what is happening. And so we need to take a closer look at what is happening and maybe remove some of the precursor events to each one of these.”

After a little more than two weeks, the stand down ended Sept. 2. In that time, Slife said, AFSOC drilled down on the data and found that “virtually all of [the hard clutch engagements] occurred in the exact same regime of flight. Virtually all of them occurred with gearboxes with the same amount of flight time.”

It’s still unclear how those discoveries relate to the root cause of the HCEs, but Slife said they were enough for the command to craft new measures meant to reduce the likelihood of such incidents.

“It’s things like how we manage our power settings during takeoff, how frequently we do vertical takeoffs versus short takeoffs—if you’ve got a runway available, use the runway, those types of things,” Slife said. “And so I feel pretty comfortable we put appropriate mitigation measures in place.”

At the same time, the search for the underlying reason for the clutch problem continues.

In its announcement about the end of the stand down, AFSOC officials said the entire fleet of some 50 Ospreys was cleared to start flying again—but there’s actually one CV-22 that’s still grounded.

That would be one of the Ospreys that experienced hard clutch engagement. The crew from RAF Mildenhall, U.K., landed the aircraft on an island in northern Norway, inside the Arctic circle, Slife said, confirming multiple media reports.

“These things never seem to happen at airfields. They always seem to happen in Norwegian nature preserves above the Arctic Circle at the onset of winter,” Slife joked. “So, it’s provided a really great tactical problem for that unit to figure out what to do with that airplane out in the middle of a nature preserve with protected ferns and salamanders and things like that.”

According to a local media report, the Norwegian defense ministry has said the removal process will involve constructing a road, ramp, and jetty on the island, all while doing as little as possible to disturb the nature preserve. Disassembling or airlifting the aircraft have been ruled out.