Skip to content
The latest imagery details the extent of equipment being supplied to Wagner. Russian military cargo aircraft, including IL-76s, continue to supply Wagner fighters. Russian air defense equipment, including SA-22s, are present in Libya and operated by Russia, the Wagner Group, or their proxies. U.S. Africa Command photo.
Expand Photo 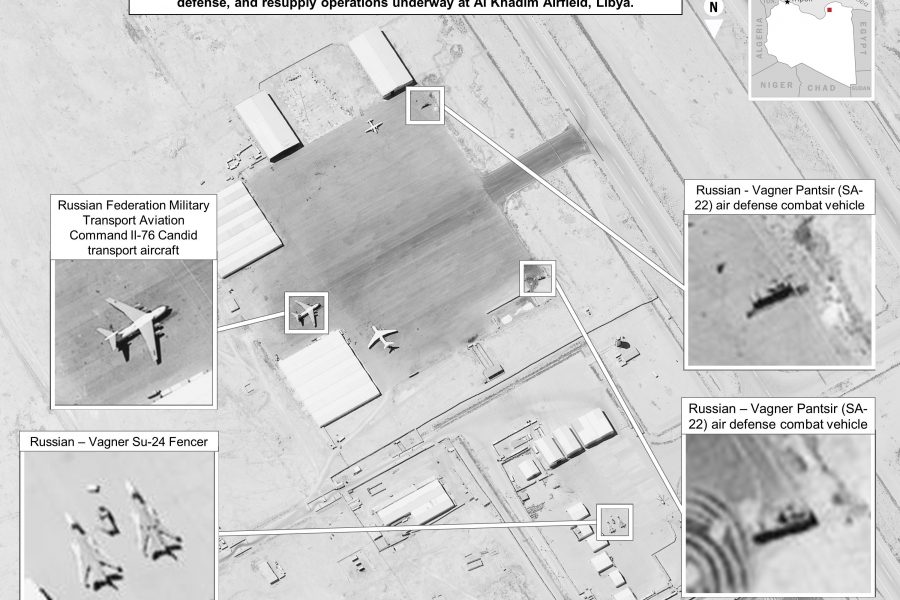 This deployment is in addition to the May movement of Su-24s and MiG-29s to Al Jufra Airfield. These aircraft were reportedly repainted to hide Russian insignia before being escorted by Russian Su-35s to Libya, AFRICOM said at the time.

The new collection of aircraft and equipment shows “an intent toward sustained offensive” combat, AFRICOM said.

The Wagner Group also is clandestinely supporting Russian interests elsewhere, including separatist operations in the Crimea region of Ukraine and in Syria.

U.S. officials have repeatedly warned about the expansion of Russian forces in Africa and its related impact on allies in southern Europe.

“If Russia seizes basing on Libya’s coast, the next logical step is they deploy permanent long-range anti-access, area-denial capabilities,” he said. “If that day comes, it will create very real security concerns on Europe’s southern flank.”