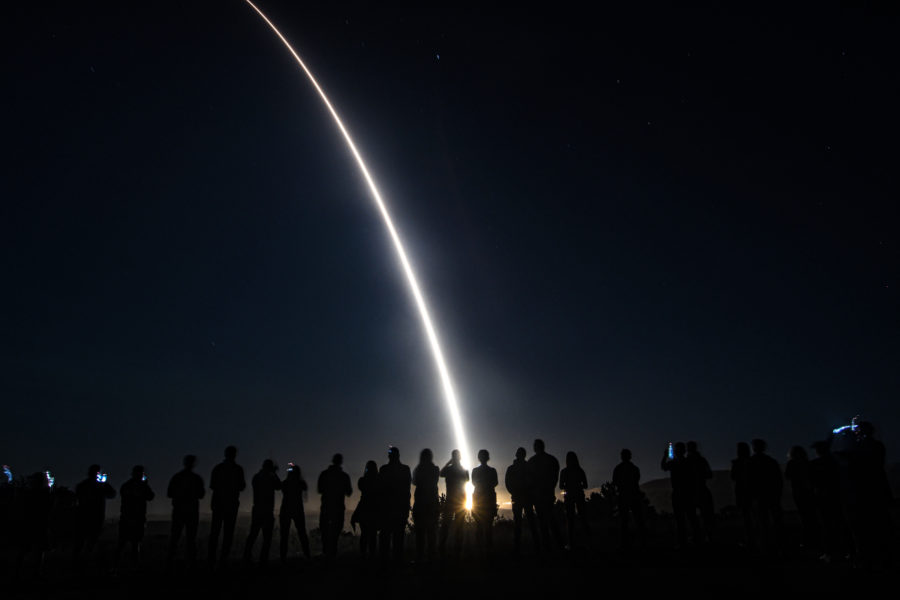 The ICBM launched at 1:13 a.m. Pacific time with three test re-entry vehicles, according to an AFGSC release. The vehicles traveled some 4,200 miles before landing in the Kwajalein Atoll in the Marshall Islands.

“We have had a busy test schedule just in the past few months and I am in awe of the way our team has performed during each mission,” Col. Christopher Cruise, 576th Flight Test Squadron commander, said in a statement. “Today’s launch sends a visible message of assurance to our allies, and I couldn’t be more proud of the mission of continued deterrence this launch represents.”

The two tests come more than a year after the last publicly announced test launch in August 2021. Previously scheduled tests were either canceled or postponed by President Joe Biden’s administration in an effort to avoid potential miscommunication and escalation with Russia and China.

The first instance, in March, came in the early days of Russia’s invasion of Ukraine, as Russian President Vladimir Putin raised tensions by putting his nuclear forces on high alert. The second, in early August, came as China launched military exercises around Taiwan in retaliation for Speaker of the House of Representatives, Rep. Nancy Pelosi (D-Calif.), leading a Congressional delegation on a visit to the island.

AFGSC has repeatedly emphasized that any test launch “is not the result of current world events.” The command has conducted tests in quick succession before. In May 2019, AFGSC launched two Minuteman IIIs in the span of less than two weeks.

The Pentagon's Civilian Harm Mitigation and Response Action Plan details nearly a dozen objectives creating institutions and processes to reduce the likelihood of civilian casualties. But critics say the plan’s objectives may do more harm than good, creating extra layers of bureaucracy for planners and operators to navigate, and that it…