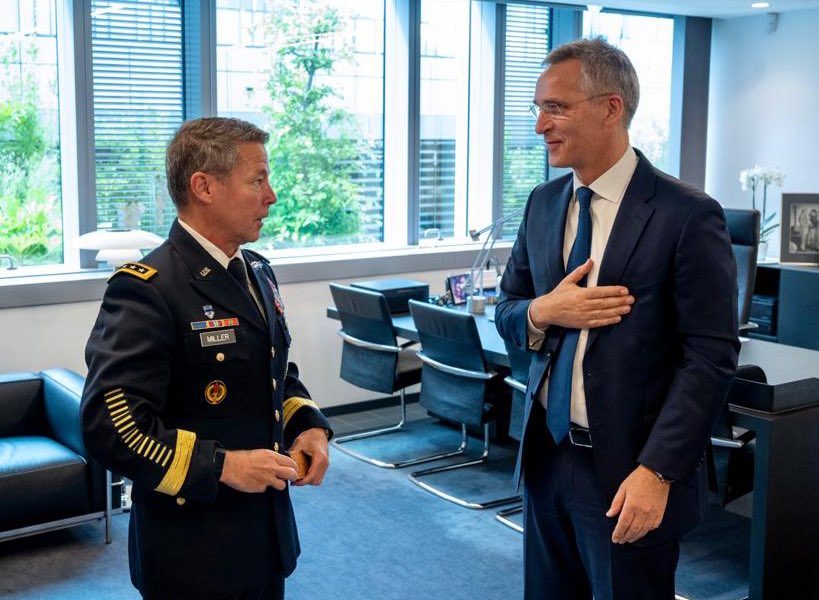 The U.S. withdrawal from Afghanistan is almost complete after American forces abruptly left the largest operating base in the country July 1, a move the Pentagon said was needed because of operational security.

As of July 5, 90 percent of the withdrawal had been completed, with about 984 C-17 loads of equipment flown out of the country, according to U.S. Central Command. More than 17,074 pieces of equipment are being destroyed.

U.S. forces reportedly did not tell the Afghan commander of Bagram that they were leaving, with the last troops turning off electricity and taking off during the night. This allowed looters to briefly come on to the base before being pushed out by Afghan troops. The U.S. left behind about 3.5 million “small items,” such as thousands of bottles of water and meals-ready-to-eat, but also large items, including thousands of personal vehicles and hundreds of armored vehicles, according to The Associated Press.

Pentagon spokesman John F. Kirby, during a July 6 briefing, said there was coordination with senior Afghan officials in advance of the turnover, but he “can’t speak to the level of information that went down the Afghan chain of command.”

U.S. officials did not tell Afghan leaders the “exact hour” of when they would leave as a matter of operational security.

“We have to consider that this drawdown could be contested by the Taliban,” he said. “We have to take that into consideration. It would be irresponsible … to give the exact hour. That would not have been a prudent thing to do.”

Kirby said U.S. officials are still pursuing new basing agreements in nearby nations to help provide counterterrorism support while maintaining that American aircraft from bases in the Persian Gulf region are able to provide adequate support from “over the horizon.”

The U.S. is still determining how to provide maintenance support to the Afghan Air Force from outside of the country after the withdrawal. Contractors remain on the ground in the country while this planning is underway, Kirby said.