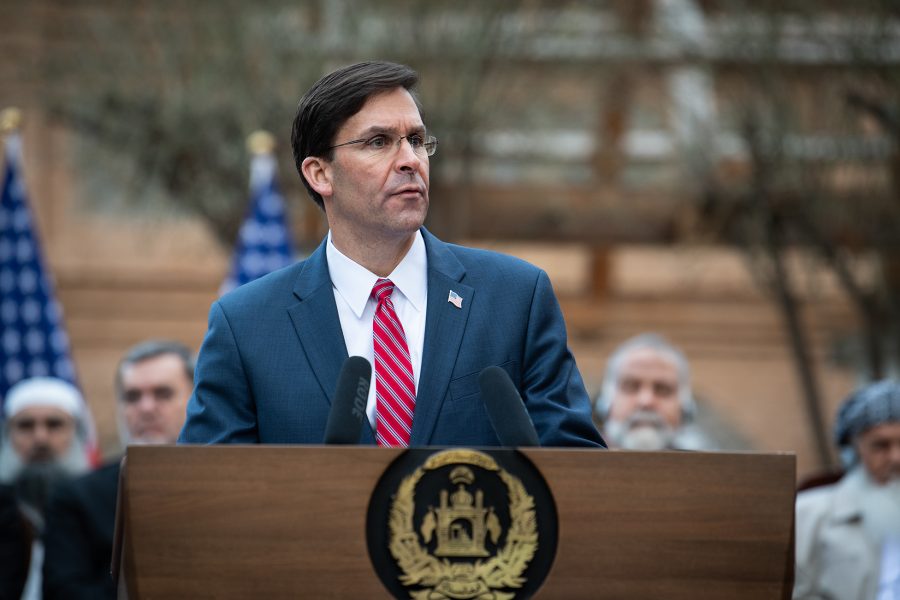 U.S. forces have the green light to begin withdrawing from Afghanistan under the recently signed deal with the Taliban, even though some pockets of violence have already returned.

Defense Secretary Mark Esper gave Gen. Austin Miller, the commander of Operation Resolute Support, approval to “get moving and show our full faith and effort” with the deal, he told reporters on March 2. Under the agreement, US forces will initially drawdown to about 8,600 total troops, with a full withdrawal expected within 14 months.

Even with the initial drawdown, U.S. forces will be able to continue counter terrorism missions against the Islamic State group and others inside Afghanistan as needed, Esper said. There are currently about 12,000 forces inside the country, including combat aircraft deployed to locations such as Bagram Air Base and Kandahar Airfield. If conditions are met on schedule, U.S. forces will completely leave these bases.

For now, the U.S. will “maintain whatever capability is necessary to defend the United States against terrorists,” Chairman of the Joint Chiefs of Staff Gen. Mark Milley said.

As the withdrawal starts, the Taliban has already resumed combat operations against Afghan forces. A March 2 attack at a football stadium in Khost killed three, at about the same time the Taliban ordered a resumption of attacks on local army and police forces, the Taliban told Agence-France Presse.

Milley said he thought the agreement is a “significant step forward” and will lead to an inter-Afghan dialogue, though he acknowledged it’s unlikely for all violence to go away. The Taliban is not a “monolithic group” and the U.S. can’t attribute the attack to a specific organization yet.