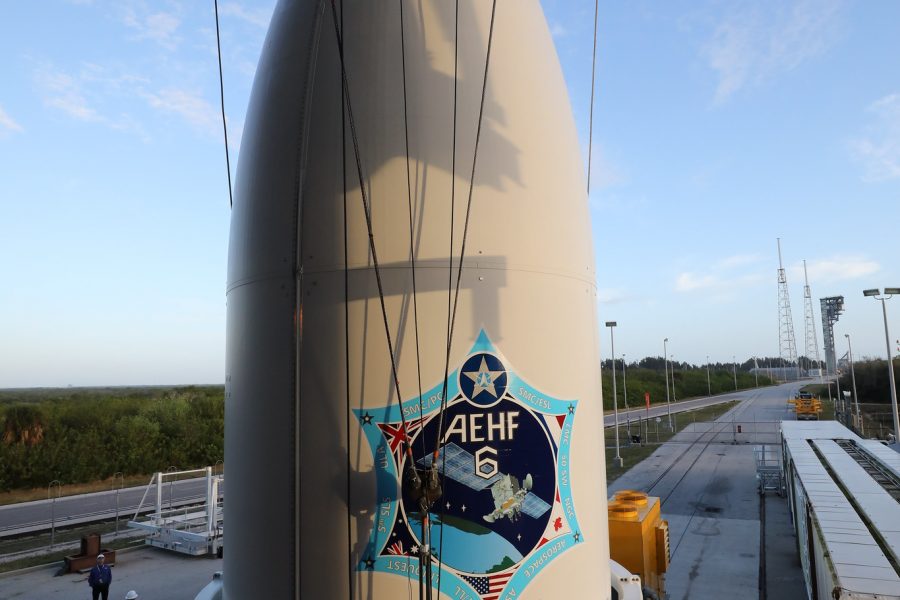 AEHF-6 Set for Launch Despite Pandemic

The Space Force’s first launch under the National Security Space Launch program is moving forward, despite the threat of the new coronavirus, to put the sixth and final Advanced Extremely High Frequency satellite on orbit March 26.

By adding the sixth AEHF satellite, U.S. troops should expect to see more reliable transmission of data used for real-time video, battlefield maps, and targeting. It also allows for stronger, more jam-resistant communications between national leaders like the President and Joint Chiefs of Staff. The Lockheed Martin-built AEHF constellation is expected to function through 2032.

It is also the second time a rocket will drop off a secondary payload that is hitching a ride ahead of the main mission.

Brig. Gen. Douglas Schiess, 45th Space Wing commander at Patrick Air Force Base, Fla., said precautions taken to avoid spreading coronavirus aren’t expected to affect the mission. Airmen are cleaning their operations centers and keeping only essential personnel around. United Launch Alliance, which supplies the Atlas V rocket for AEHF-6, has reduced its control center and engineering support staff by 20 percent, limited the number of people in a room for pre-launch reviews, and is practicing social distancing.

“This is not the time to be out and about,” Schiess said.

Col. Robert Bongiovi, AEHF-6 mission director at the Space and Missile Systems Center, said SMC is largely teleworking and is in touch with its industry partners to figure out how coronavirus might affect future launches on a case-by-case basis. The Space Force has nine NSSL launches on the docket in Florida and California this year, and about 50 launches overall at Cape Canaveral Air Force Station, Fla.

Even as the military space enterprise tries to ward off the coronavirus pandemic, officials are still looking for insights into payload ridesharing and other lessons from their launches. A second payload sponsored by the Air Force Research Laboratory is an experimental system that is testing new tools for space object identification and tracking.

The foray into ridesharing is notable because it illustrates that space systems are becoming seen as equally important, rather than seeing the primary mission as the only one that matters. It also promises to shift how the military and companies think about launch scheduling, and whether a single rocket can take more items into space at once.

“There was some learning on the first one that was mostly about internal communication amongst the government teams,” Bongiovi said. “In the old construct, we would be asking for a lot more permission from the primary satellite.”

He added that they wanted to see how close to the launch date they could choose the secondary payload. Those decisions shape what engineering analysis is needed and helps prove out how quickly the Space Force can install a payload onto a rocket without causing problems.

Earlier this month, ULA delayed the launch to March 26 after needing to replace and retest a faulty valve on the Atlas V booster propellant delivery system. AEHF-6 is ULA’s 138th launch to date.