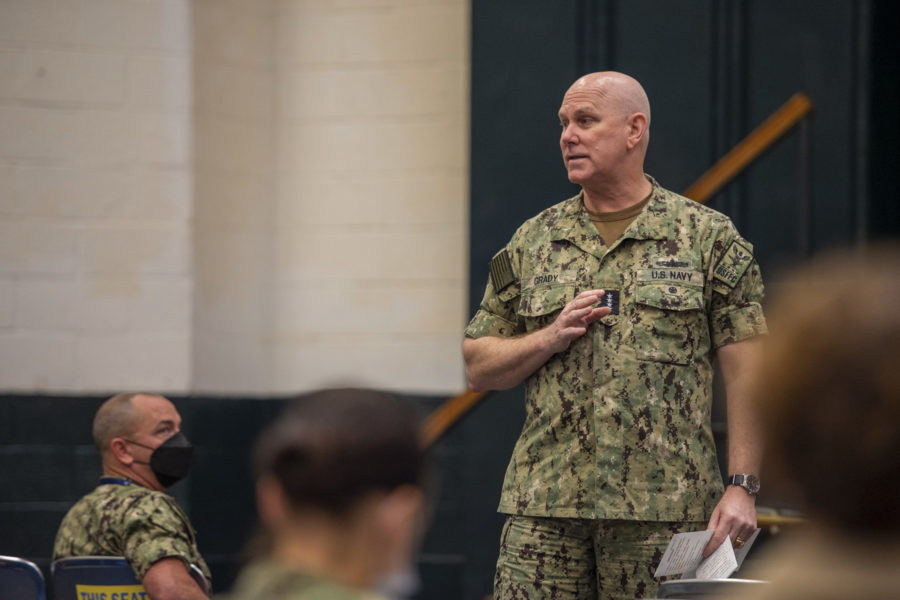 The Senate voice vote assures the vacancy created by the retirement of the former Vice Chair, Air Force Gen. John E. Hyten, is filled before Congress adjourns for the holidays.

Grady brings a personnel and nuclear background from his current position in Norfolk, Va., overseeing the naval leg of the nuclear triad. His call for “ready-relevant learning” also became part of the Navy’s modernization doctrine.

Grady previously served as commander of the U.S. 6th Fleet and commander of Naval Striking and Support Forces NATO.

At his confirmation hearing Dec. 8, Grady warned that competitors have a new ability to “attack below the threshold of armed conflict,” and he promised to work with allies and partners toward whole-of-government deterrence, a concept known as “integrated deterrence” and often cited by Austin.

“We are faced with overt challenges to the international rules-based order and our national security in every domain,” Grady told the Senate Armed Services Committee during his confirmation hearing. “Now, more than ever, global integration is essential,” he said, referring to “integrated deterrence in those multidomains, leveraging all elements of national power.”