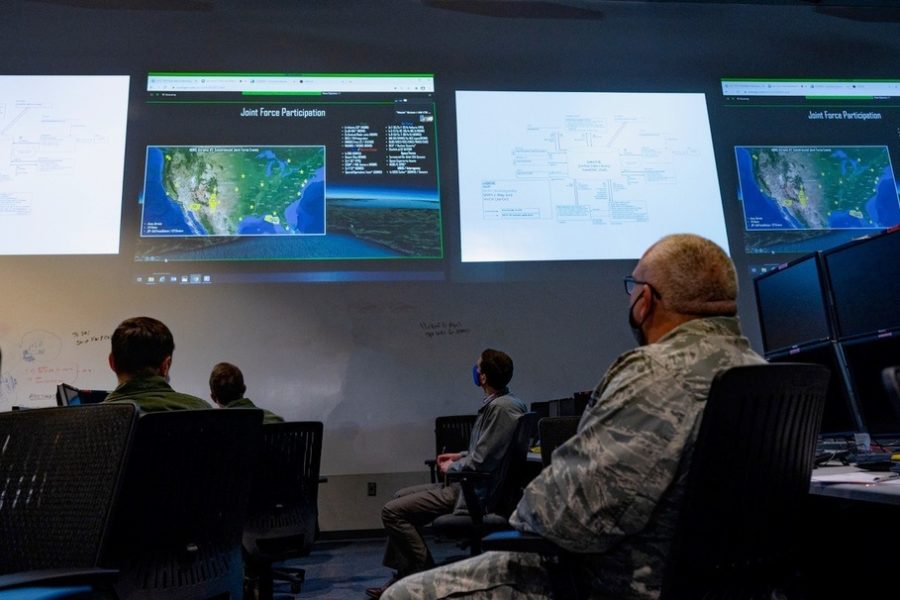 Brig. Gen. Jeffery D. Valenzia, ABMS cross-functional team lead, led off a discussion at AFA’s Air, Space & Cyber Conference by asserting two core assumptions—first, that the current command and control system is inadequate against China, and second, that in order to compete and defeat China, a new system is needed.

“The hard part is ABMS does not deliver a shiny platform on the end of a ramp when it’s done,” Valenzia said. “Instead, it’s a continuous improvement.”

“We’ve got to get something into the hands of the user that they can pound on … and give feedback,” he said. “But we’ve got to be in this continuously and recognize that the product is never finished and that’s the way it should be built in the first place.”

Lt. Gen. Duke Z. Richardson, the military deputy in the Office of the Assistant Secretary of the Air Force for Acquisition, Technology, and Logistics, in a separate conversation, said ABMS should be viewed not as a single program but as a “portfolio of programs.” He said Increment-1, the first ABMS product, was needed even “if we do nothing else.” The same is true of Increment-2. They are all “worth doing,” and they will work together to gradually build a future ABMS, he said: “We’re not waiting for some big bang.”

The problem is that iterative development is out of sync with traditional weapons development and acquisition processes can take years to define requirements, solicit input, and sort through bids. Technology moves too fast for that approach.

“As soon as we get those new incremental improvements, technology is moving at a speed that we have to continue to iterate,” said Steve Nordlund, general manager of Phantom Works at Boeing.

Retired Brig. Gen. Richard S. Stapp, chief technology officer at Northrop Grumman, said the solution is to rethink the fundamentals of how acquisition is organized.

“We’re hitting a time where [Pentagon acquisition officials] don’t necessarily know exactly what requirements they want,” said Stapp. “They don’t know. So this almost has to go back to a threat-based system that says, ‘We have a problem. Here’s what we want the outcome to look like.'”

Modern software apps and smartphones are made better by on-the-fly updates, which can improve performance, security, or usability. Those apps make use of the technologies ABMS is trying to employ, such as artificial intelligence, access to the cloud, and more.

“I think people get wrapped around the complexity of what we’re talking about with ABMS and JADC2,” he said. “But everybody in here is using a cell phone that is using vast amounts of data, vast amounts of artificial intelligence. You essentially command and control your whole life [using] a single device.”

As an example, Stapp pointed to fraud alerts issued by credit card companies such as Visa, using artificial intelligence to spot anomalies in purchases and alert users.

“If you can imagine us doing the same thing … to look at our space systems observing adversaries, [and] understand their habit patterns every day, then start to understand what’s normal [and] what’s not normal,” Stapp said—then those systems can “notify warfighters when they see anomalies.”