Skip to content
An Afghan evacuee receives a new jacket in preparation for winter at Fort Bliss’ Doña Ana Complex in New Mexico on Oct. 15, 2021. The Department of Defense, through U.S. Northern Command, and in support of the Department of Homeland Security, is providing transportation, temporary housing, medical screening, and general support for at least 50,000 Afghan evacuees at suitable facilities, in permanent or temporary structures, as quickly as possible. U.S. Army photo by Pfc. Maxwell Bass, 24th Theater Public Affairs Support Element
Expand Photo 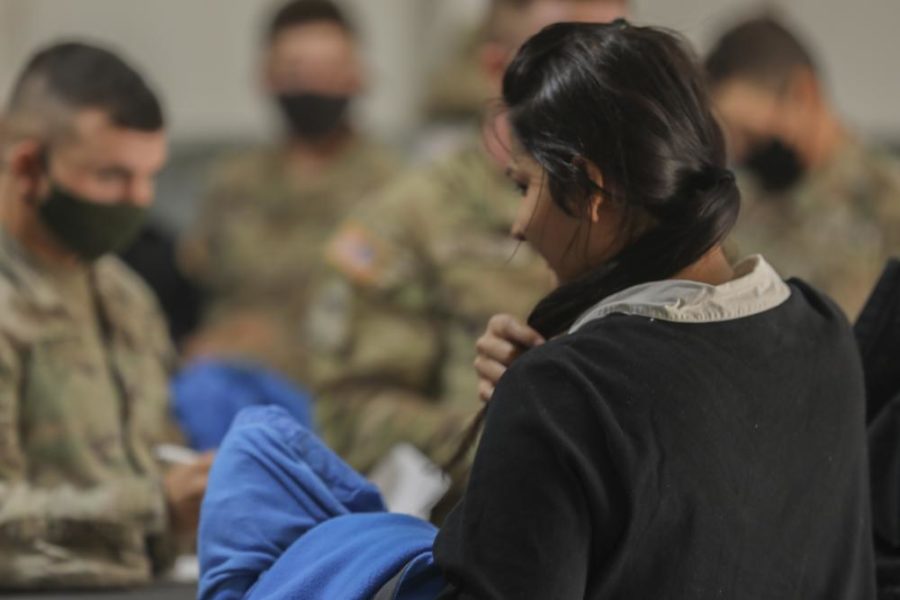 More than 53,000 Afghan Evacuees on US Bases as Pentagon Monitors Readiness

More than 53,000 Afghan evacuees remain at eight military bases throughout the continental U.S., but despite the resources needed to support that population, the military’s readiness has not been adversely affected, the Pentagon’s spokesman said Oct. 25.

Defense Department Press Secretary John F. Kirby, speaking during a press conference, detailed the distribution of Afghan special immigrant visa holders, applicants, and other evacuees across geographic combatant commands, with the vast majority in the U.S.

“In the Central Command area, there are just over 3,000 Afghan evacuees. In the European Command area, there is 463. And then here at CONUS bases under NORTHCOM’s authorities, there are 53,157 at eight locations,” Kirby said. “Thus far, 6,689 of them have been released for resettlement, and they’re on their way to their new lives.”

At the start of September, U.S Northern Command commander Gen. Glen D. VanHerck told reporters 25,000 Afghans were at the eight bases, which include Joint Base McGuire–Dix–Lakehurst, N.J., and Holloman Air Force Base, N.M. VanHerck also said the bases would eventually be able to house up to 50,000 as they built up infrastructure akin to “eight small cities.”

Nearly two months later, Kirby acknowledged the time and effort it is costing the military to maintain the infrastructure to support the evacuees and said the DOD continues to monitor for any impact on readiness.

“We’re very proud of the role that we’re playing and of the terrific job, the compassion that our men and women are showing every day—not just here at home but overseas—and in making sure that these evacuees have a safe and secure environment to live and to work on their process towards citizenship,” Kirby said.

“But obviously we also have a commensurate responsibility to defend this country, and one of the things that we’re constantly reviewing is the degree to which our readiness to do that is being affected by this fairly sizable mission set. And we don’t believe now … that our readiness to defend the nation is being adversely affected, but clearly there are assets, resources, time that are being devoted to this, that are in some cases not being devoted to other things, and so we’re watching that very closely.”

Kirby also reiterated that all evacuees have to pass through a security screening process and receive the necessary vaccines before being transported to the U.S., where they will eventually be resettled in communities. The Associated Press reported Oct. 23, however, that a number of Afghans who “triggered potential security issues during security vetting” have been sent to Camp Bondsteel in Kosovo.

“We’ve surged resources and we deployed some additional personnel from relevant departments and agencies overseas to Camp Bondsteel to effectively vet individuals who require further processing before onward movement, and there are a range of Afghan evacuees at Bondsteel to include many Afghan families, women, and children who we’ve definitely prioritized being able to keep them together,” Kirby said, adding that the U.S. had agreed to relocate all Afghans from Kosovo within 365 days.