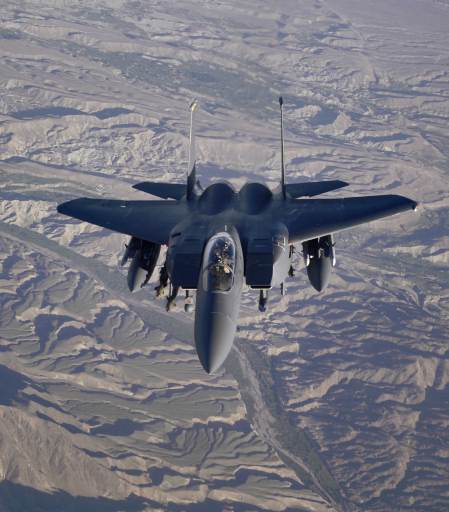 Some 100 airmen and an unknown number of F-15E Strike Eagles from the 4th Fighter Wing at Seymour Johnson AFB, N.C., are engaged in the pre-deployment training for close air support units that Air Combat Command now calls Green Flag, reports SSgt. Shawn Jones. The exercise, based at Nellis AFB, Nev., runs until May 4. The 4th FW conducts CAS training at its home station, however, the training at Nellis “is on a much larger scale” and enables the Seymour Johnson crews to “work directly with troops that are actually maneuvering on the ground,” says Lt. Col. Lance Bunch, assistant director of operations for the 4th FW’s 335th Fighter Squadron.