Focusing on the C Model?: 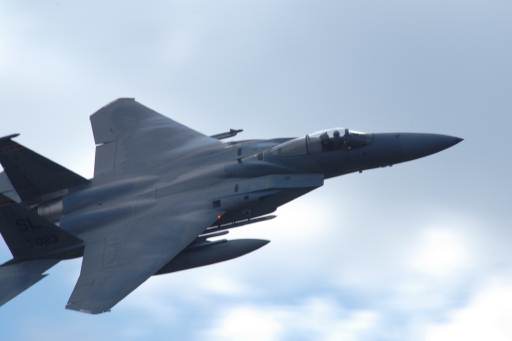 senior officer at Warner Robins Air Logistics Center in Georgia has told Gene Rector of The Telegraph that the center’s analysis of the F-15 that crashed Nov. 2 and at least two other C models shows a “manufacturing discontinuity” in the longeron, a metal rail that connects the fuselage. This was the finding that caused Air Combat Command to ground the fleet a second time. Technicians and engineers at the ALC have been working to provide an inspection procedure that units in the field can use to search for telltale cracking. Col Stephen Niemantsverdriet, 880th Aircraft Sustainment Group commander, said last week that the ALC team was about 80 percent of the way through the procedural instructions, using “proof of concept” inspections on F-15s at the depot. They expect field units to use a dye penetrant technique to find cracks, if any. He told the newspaper, “If the longeron is cracked, we will ground the aircraft.”