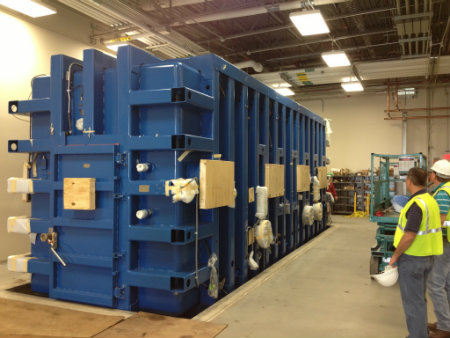 The first of four hypobaric research altitude chambers arrived at Wright-Patterson AFB, Ohio, for the 711th Human Performance Wing, announced base officials. The chambers will support research of the Air Force School of Aerospace Medicine, a component of the wing, according to a May 10 base release. This includes: “human performance assessment in moderate- and high-altitude conditions; aircrew equipment development, qualification, and man-rating; operationally focused aeromedical research; and nonmedical engineering test work for aircraft and weapons programs,” states the release. The chamber arrived on April 25. The four chambers are valued at more than $37 million, according to the release. (Wright-Patt report by Michela Greco)