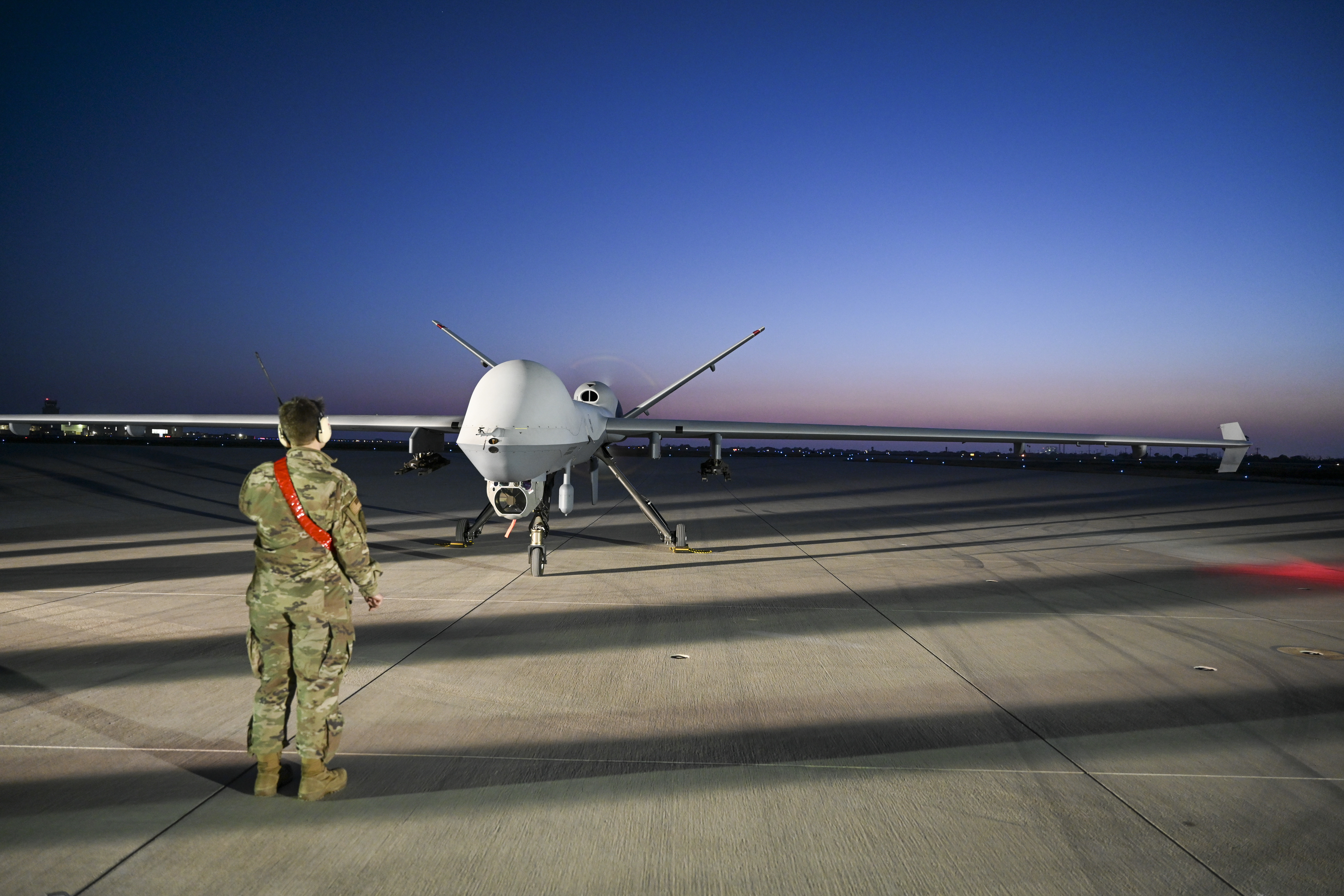 Why USAF Wants to Cut ISR Operations in Fiscal 2022

Intelligence, surveillance, and reconnaissance (ISR) aircraft are among the Air Force’s most-requested assets worldwide, but the service wants to cut back the number of combat air patrols it supports on any given day so it can free up funds in the fiscal 2022 budget to develop next-generation platforms.

Convincing lawmakers, however, will be a challenge.

Sen. Jacky Rosen (D-Nev.) said in a June 22 hearing that plans to reduce capacity from 60 simultaneous MQ-9 missions to 56 runs counter to what U.S. Central Command and other combatant commanders want, citing CENTCOM’s placement of MQ-9s at the top of its unfunded priorities list in 2020.

Defense Secretary Lloyd J. Austin III, testifying June 23 at a House Armed Services Committee hearing, said “what [the Air Force is] really doing is not decreasing the number of tails.” Rather, he explained, USAF is reducing the number of combat lines in maintains—lines that consist of several aircraft each—”so that [USAF] can have the ability to upgrade their capability and network their birds together in ways that we haven’t done before.”

The Air Force argues that MQ-9s will not survive in conflict with more advanced adversaries in the future, but it doesn’t give up the aircraft. Instead, the fiscal 2022 budget request seeks to modernize some of the remotely piloted aircraft while investing in both an “MQ-Next” and new ways to network more ISR sensors together.

“We have to invest in those things that are going to allow us to have resilient forces, to operate in a distributed manner, and to be absolutely lethal in a future fight,” Austin said.

The proposed MQ-9 operations cut has come up repeatedly in recent weeks in Congressional hearings, with multiple lawmakers expressing concern.

Lt. Gen. Joseph T. Guastella, the deputy chief of staff for operations, acknowledged June 22 the “tremendous demand” for airborne ISR from combatant commands and admitted “it’s difficult to get at that requirement with the force we have.” But he emphasized that the ISR enterprise must develop persistent and connected aircraft and that to achieve that objective, the Air Force must balance “today’s capabilities and a modernization effort to get after a peer competitor, because that is not something the MQ-9 was designed to do.”

The Air Force is “not looking specifically at a platform-for-platform replacement,” Peccia said. “We’re looking at technology that’s available today to build a survivable ISR platform as we move forward to that 2030 time period.”