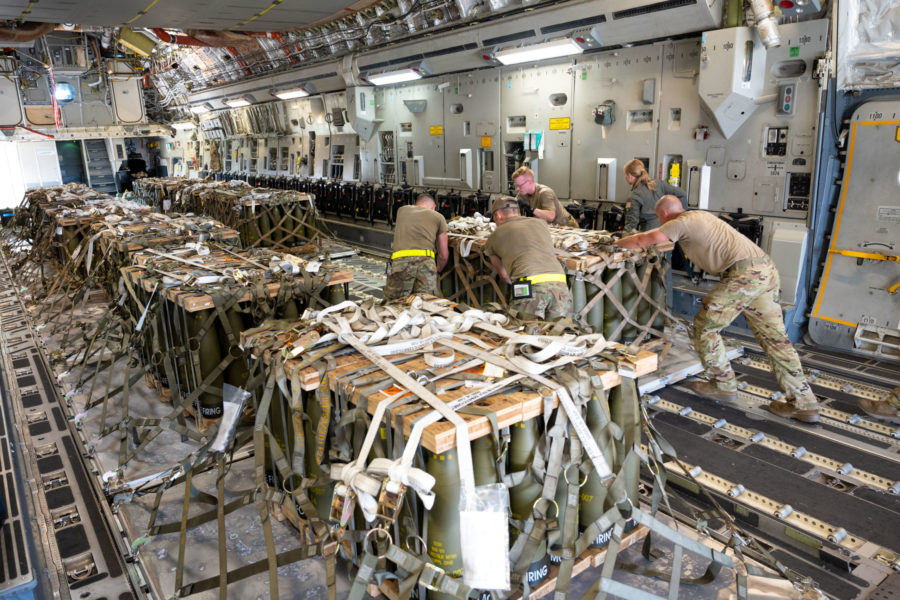 President Joe Biden’s administration is asking Congress to approve another $11.7 billion in security and economic aid for Ukraine as part of a continuing resolution to keep the government funded to start fiscal 2023.

The request, announced by the White House Office of Management and Budget on Sept. 2, comes as Congress seems increasingly unlikely to pass a 2023 budget by the deadline of Oct. 1, the start of the new fiscal year.

Continuing resolutions generally keep funding levels frozen at the previous year’s level, but adjustments can be made through “anomalies” to allow for more immediate funds.

The White House wants this anomaly because funds from previous packages to boost Ukraine in its conflict with Russia are running low, OMB’s statement says, with three-quarters distributed or committed, and more will follow in the next month.

Of the $11.7 billion requested, $4.5 billion would go toward military equipment and replenishing Pentagon stockpiles, $2.7 billion to defense and intelligence aid, and $4.5 billion to budgetary support for Ukraine’s government.

Congress has approved two substantial aid packages for Ukraine since Russia began its invasion in late February—the legislature authorized $13.6 billion in March, followed by $40 billion in May.

That second package actually represented an increase from the $33 billion Biden had requested. At the time, he said that money was intended to last through September, which OMB noted in its latest announcement.

This new round of aid is intended to last through December, the announcement added. In addition to the $11.7 billion for Ukraine, OMB is also asking for an extra $2 billion “to help address the impacts [the Russia-Ukraine war] has had on domestic energy supply and reduce energy costs in the future.”

Over the past several months, the Department of Defense has steadily announced new packages of aid. Most recently, DOD rolled out a $2.98 billion defense package Aug. 24, Ukraine’s independence day, that included high-end air defenses, radar, and counter-unmanned aerial systems.

That same day marked six months since Russia’s initial invasion of Ukraine. The conflict has since devolved into a bloody stalemate, with Russia failing to achieve its goal of toppling the Ukrainian government but still occupying parts of eastern and southern Ukraine. Recently, however, Ukrainian armed forces have reportedly started a counter-offensive meant to push the Russians out of those occupied territories.