We Need a Triad 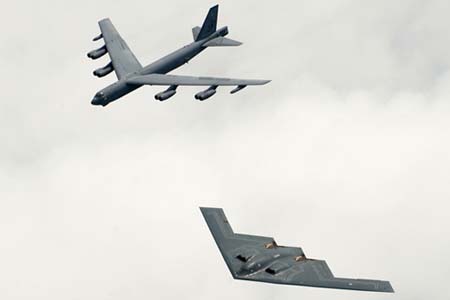 US Strategic Command chief Gen. Kevin Chilton believes that the nation is best served by maintaining a nuclear triad of land- and sea-based missiles and long-range bombers for the indefinite future. He rejects the idea that the nation is headed for a “Dyad” of land- and sea-launched ballistic missiles alone, as some defense analysts recently projected. “Each leg has its own unique strength and overlapping strengths,” Chilton said at a Washington, D.C., conference Wednesday, and the bombers especially have flexibility for non-nuclear missions. That resonates with USAF’s new mantra that, with few exceptions, all systems need to have application across many missions. The new long-range strike platform can be outfitted with nuclear hardening for a marginal increase in cost and should be, he said. “You get a lot for that kind of investment,” he said. And, he added, “There’s still a need for a gravity-type weapons approach.”