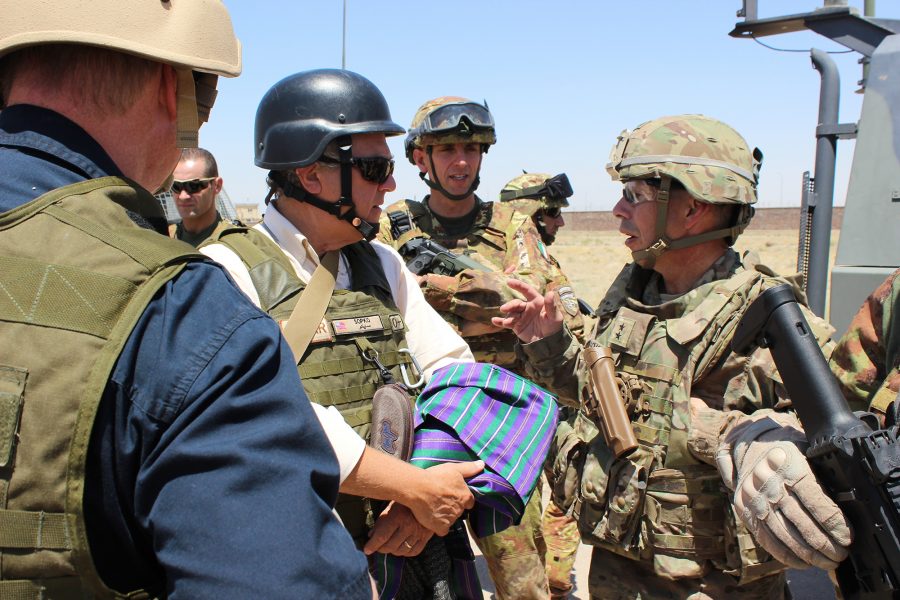 The US effort in Afghanistan to reconstruct the country and train its military has been undercut by the motivation to lie to supervisors and limited by the amount of time American personnel have to directly work with Afghan forces, a top watchdog told lawmakers Jan. 15.

“We have created an incentive to almost require people to lie,” Special Inspector General for Afghan Reconstruction John Sopko told the House Foreign Affairs Committee. “There’s an odor of mendacity throughout the Afghanistan issue.”

While the hearing aired significant problems with the US military and development effort in Afghanistan, SIGAR provided updates on two efforts that are proving effective: The US Air Force and special operations missions to train their Afghan counterparts.

SIGAR was created in 2008 to oversee the Pentagon, State Department, and US Agency for International Development’s progress in reshaping Afghanistan’s government and society after the US invaded to pursue Al Qaeda and the Taliban following the Sept. 11, 2001 terror attacks. The watchdog has produced a series of reports highlighting the effort’s shortfalls. SIGAR’s work formed the basis of the Washington Post’s “Afghanistan Papers” report, published in December, that document how US military officials hid the truth about their struggles in the country for years.

The “incentive to lie” stems from the nature of US military deployments in and out of Afghanistan. American forces, especially ground forces tasked with training the Afghan National Army, rotate through every six to nine months. Their leaders are required to show progress made during the deployments and explain how the ANA has improved before they return home. When the next group arrives, the process begins again.

“You create, from the bottom up, an incentive, because of the short time frames—six months, nine months, a year—to show success. And that gets reported up the chain,” Sopko said. “Before you know it, the president is talking about a success that doesn’t exist.”

Coupled with that issue is an ongoing problem of overclassification that limits what information comes out of Afghanistan. For example, Sopko said, the overall strategy, assessment of the Afghan security environment, Afghan end strength and attrition figures, and equipment readiness reports have all been hidden from public view.

“Everything that’s bad news has been classified,” Sopko said.

That has ramifications outside of Afghanistan, when officials report a rosy picture back to Washington.

Still, SIGAR offered some positive developments. Sopko praised the Air Force’s ongoing Train Advise Assist Command-Air mission and how the service has structured its efforts. Instead of using short-term rotations to train the army and police, Air Force personnel are assigned to train Afghan Air Force members for about four years. They work with Afghans overseas and stateside, such as for A-29 training at Moody AFB, Ga. This maintains an institutional memory and a greater ability to track progress, which has led to relatively effective aircrews operating in Afghanistan.

This effort is “tremendous, the best program we have,” Sopko said.

Related is the US special operations effort to train Afghan Special Forces, Sopko said. Special operations teams have longer deployments that offer more consistent training. Americans are co-located with Afghans, leading the units to become the best in the ANA, Sopko said.