Skip to content
The XQ-58A Valkyrie demonstrates the separation of the ALTIUS-600 small UAS in a test at the U.S. Army Yuma Proving Ground test range, Ariz., on March 26, 2021. Courtesy photo.
Expand Photo 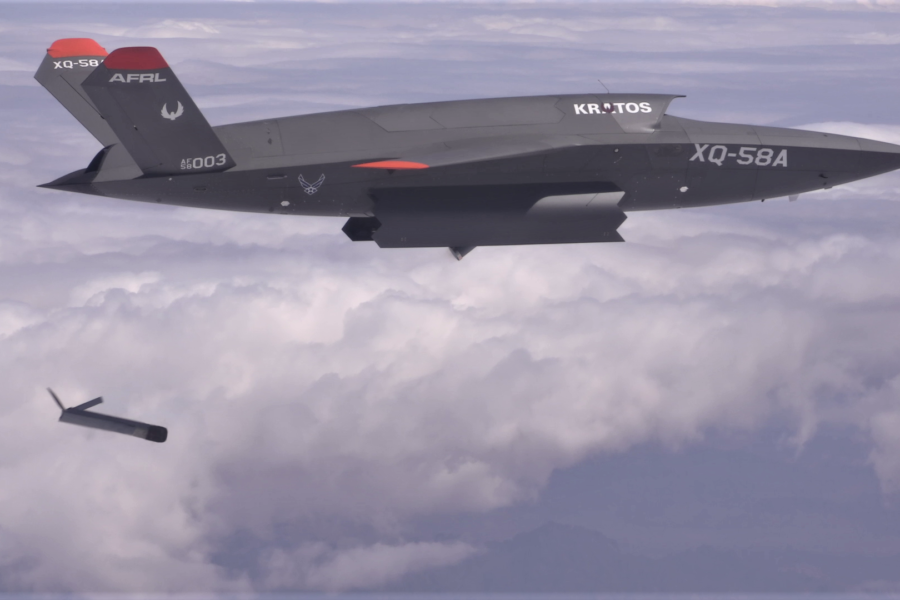 The Air Force demonstrated the successful launch of a drone by a larger remotely piloted aircraft on March 26, with the XQ-58A Valkyrie releasing a small UAS from its own internal weapons bay.

The flight test, the sixth for the Valkyrie, marked the first time the aircraft opened its payload bays. Valkyrie also flew both higher and faster than its previous tests, according to an Air Force release.

The Air Force Research Laboratory program, developed with manufacturer Kratos Defense, is designed to be an “attritable” wingman for other aircraft, and can carry additional munitions or more drones. During this test, the Valkyrie released an ALTIUS-600 small UAS, a system designed and fabricated by AFRL, Kratos, and Area-I for the mission.

The Valkyrie conducted its first test flight in March 2019, and was damaged after its third flight in October 2019.

USAF officials have said the service hopes to buy 20 to 30 of the aircraft, which are “lower-end tech” that could be quickly produced.