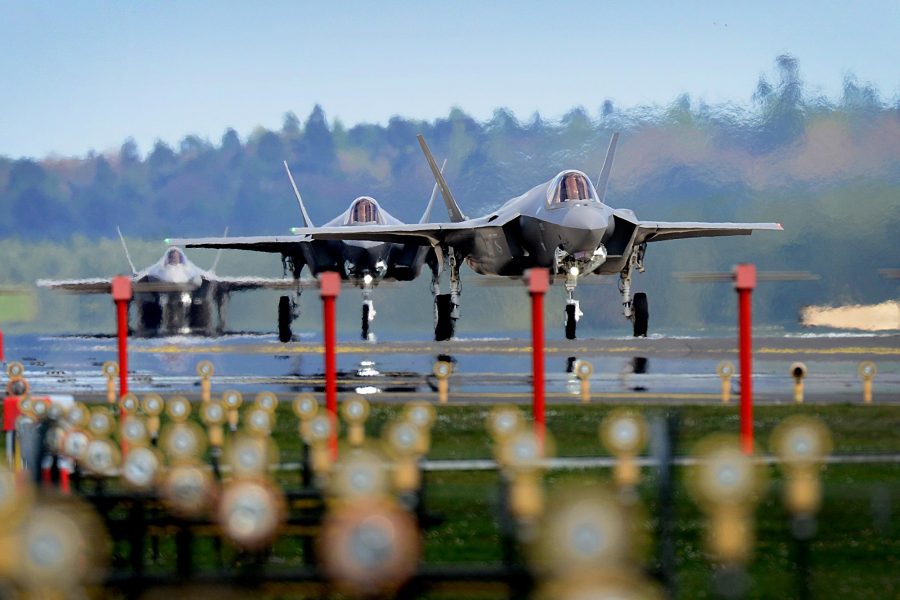 U.S. Air Forces in Europe leadership is meeting regularly with NATO Air Chiefs and the F-35 users’ group to plan out new range infrastructure and training opportunities as American F-35s prepare to deploy to the continent.

The planning, led by USAFE’s Warrior Preparation Center, is looking to combine the lessons learned by current F-35 operators, such as the United Kingdom, Norway, the Netherlands, and Italy, with the U.S. expertise on the airframe to lay out the best way to train with the new aircraft in a continent with limited range access.

“The intent is to approach it from an operational training infrastructure perspective, and work with our partners,” USAFE boss Gen. Jeffrey Harrigian told Air Force Magazine in an interview. “The RAF knows they need to work with the F-35s, the Norwegians, the Dutch, the Italians are very interested in how do we get the right amount of airspace and how do we do that together to be able to train.”

Without naming specifics, the discussions have focused on options such has having range space available in the north and in the south for the countries to train. For example, once a month “everybody comes and fights and goes back to debrief it,” he said.

“I think there’s some good options for that,” Harrigian said.

The driving force on schedule is the upcoming basing of USAF F-35As at RAF Lakenheath, England. This is currently scheduled for the fall of 2021, and the goal is to have the construct for ranges and training in place by 2022 with the partner nations, Harrigian said.

“Everything remains on track” for the Lakenheath basing, Harrigian said. There’s been strong support from the United Kingdom to ensure that the infrastructure challenges are worked out. With multiple F-35 operators already on the continent, and a previous deployment of USAF jets from Hill Air Force Base, Utah, last summer, USAFE can “leverage a lot of lessons they’ve been learning operating in the theater,” he said.