Skip to content
Lockheed Martin's upgraded missile will be known as the JASSM-XR, for "Extreme Range," based off the JASSM-ER, or "Extended Range," which is shown here. Courtesy photo via the Air Force.
Expand Photo 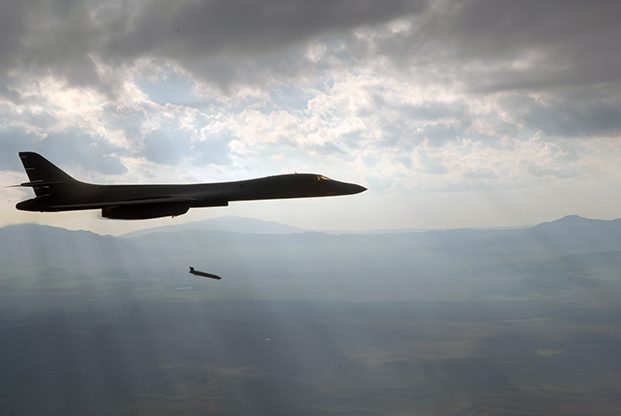 The newest variant of the Air Force’s advanced, stealthy Joint Air-to-Surface Standoff Missile will start low-rate initial production next year, with deliveries beginning in 2024, according to the service’s budget request.

The Air Force’s fiscal 2021 request includes $506 million total for JASSMs, including $60 million in initial funding for 40 AGM-158D variants—previously known as the JASSM-XR, or “Extreme Range,” according to service budget justification documents.

Lockheed Martin began development on the missile in 2018 with an initial $51 million contract from the Air Force Lifecycle Management Center. In October, Lockheed said the new variants would enter the production line as part of the 19th lot of JASSMs.

The upgrade includes a missile control unit, changes to the wings, a different paint coating, an Electronic Safe and Arm Fuze, a secure GPS receiver, and program protection requirements, according to the Air Force. All of these upgrades make the unit cost of the AGM-158D approximately $1.5 million, up from the $1.04 million cost of an AGM-158B JASSM-ER. The B variant has a range of about 500 nautical miles, while the D reportedly extends up to 1,000 nautical miles.

Lockheed will deliver five per month starting in January 2024, and the service plans to integrate the missiles with the B-1B. The Extended-Range variant, which entered full-rate production in 2015, already has been integrated on the B-52, F-16, B-2, and F-15E.

As part of the overall JASSM request, the service plans to buy 336 of the B-variants at a total cost of $352 million, according to budget documents. That total is below the expected buy of 400 JASSM variants as part of the Lot 19 buy, according to an October sources-sought notice.

The Air Force’s budget also requests $19.8 million total for five Long-Range Anti-Ship Missiles, another variant of the JASSM developed for offensive anti-surface warfare. The Navy is the lead on this program, and it has been integrated on both the B-1 and F/A-18. The Defense Security Cooperation Agency announced Feb. 7 that the State Department has approved the sale of 200 LRASMs to Australia for an expected price of about $990 million.