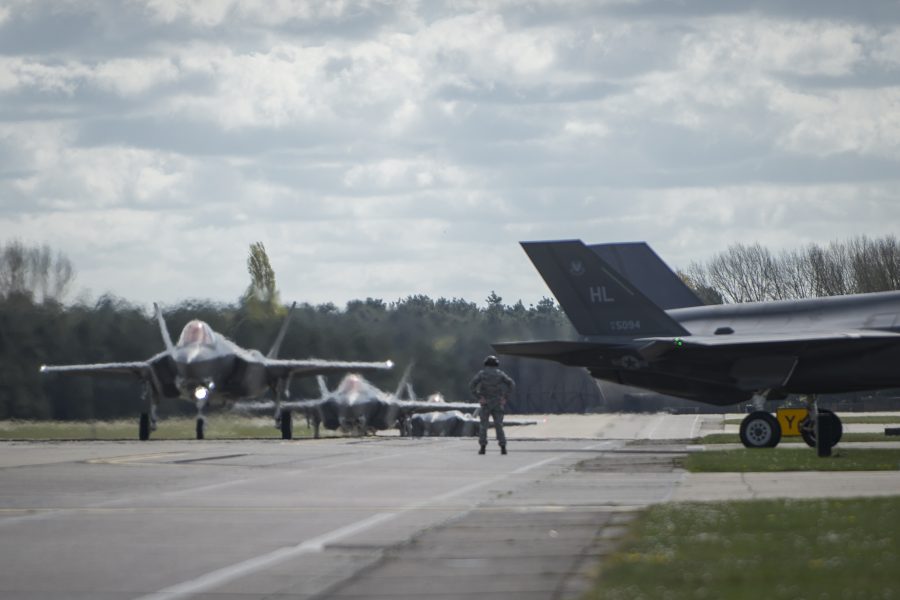 “Overall we will see a plus-up of roughly 1,200 personnel to operate and support two full squadrons of F-35s,” she wrote, noting that the base’s first Joint Strike Fighters are still slated to reach the base late next year.

The 48th Fighter Wing has held off on a formal public announcement about the squadron’s reactivation because it’s on an ongoing search for a squadron mascot, she said. However, she noted, the wing is open to proposals from the aviation-loving public.

“We were really intending to target our U.K. aviation enthusiast community for ideas, given our location, but we will welcome suggestions from back home in the U.S. as well,” she wrote.

Anyone can submit their ideas via an email to 48fw.pa@us.af.mil, or by tweeting the wing @48FighterWing, Taunton wrote.