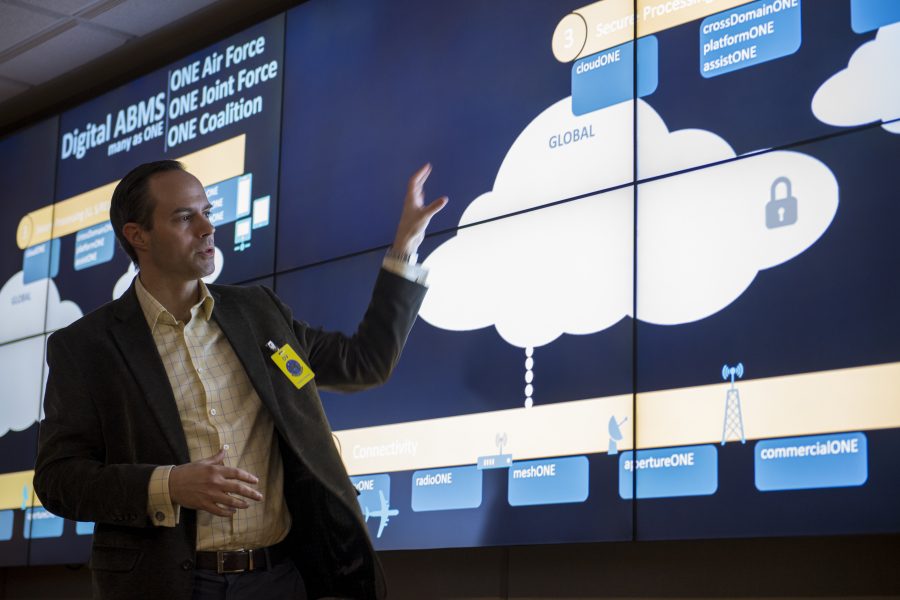 Nearly 50 companies will vie for Air Force contracts notionally worth up to $950 million each to develop and connect a plethora of technologies as part of the Advanced Battle Management System, the service announced July 1.

The Air Force awarded contracts to 18 additional companies this week, after the first round of 28 contracts went out May 29.

Each company will contribute a different tool to the ABMS network that looks to connect the Air Force’s aircraft, cameras and sensors, computer systems, and other technologies into a more responsive warfighting web. For example, some will offer software to let different systems communicate or to visualize combat data, while others could pitch hardware that collects intelligence in new ways.

“Just like the Internet of Things, our Air and Space Force platforms will only be as effective as the data they can access, machine-to-machine,” said Air Force acquisition boss Will Roper. “ABMS will help create Internet-like data sharing across our joint force to fight at Internet speeds. Rapid development and testing cycles are critical to fail, learn, and leap ahead of advancing threats.”

The service did not say how much money each contractor will receive under the nearly $1 billion contract ceiling, as the Air Force orders work from the companies throughout the year. It’s unlikely many companies will rake in high-dollar contracts, since the service is budgeting less than that each year. For example, the Air Force wants about $300 million for the effort in fiscal 2021.

The Pentagon is piecing together the various products during quarterly demonstrations that try to connect military assets in new ways to respond to threats faster.

“The goal of this strategy is to spur competition, learn what technological approaches work and don’t work, reduce risk, and streamline the contracting process to weeks instead of months, so we can develop and deliver ABMS capability alongside operators throughout the year,” the Air Force said.

Work under the massive contract opportunity will run through 2025. The service believes it needs to spend $3.3 billion on joint all-domain command and control in the next five years, though lawmakers and a federal watchdog have questioned whether the concept is on a path to success.

The full list of companies that have earned contracts so far includes:

Editor’s note: This story has been corrected to reflect how much money each company could receive under the indefinite-delivery, indefinite-quantity contract.