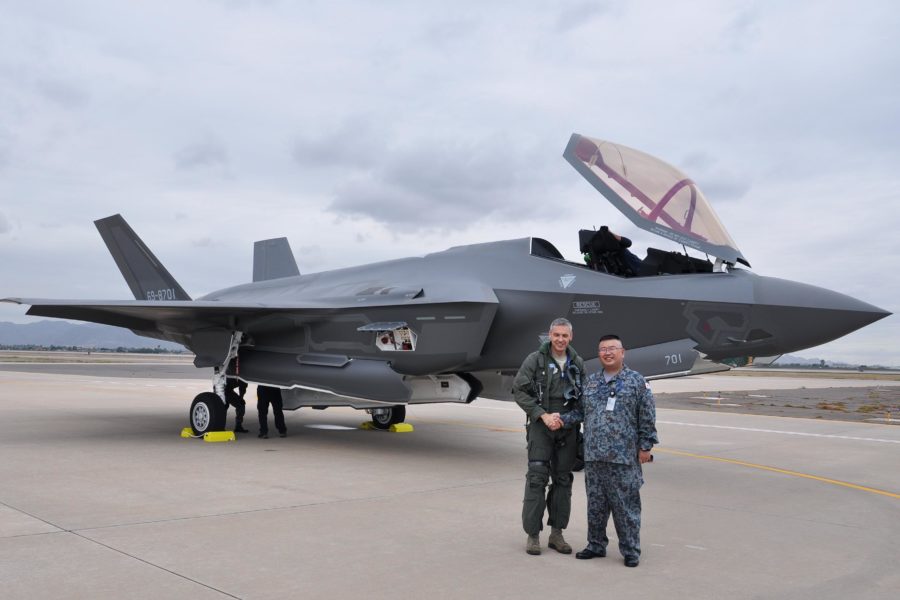 Air Force FMS sales were $17 billion in 2019 and increased to $24.8 billion in 2020. Bruckbauer said FMS sales as of June 30 were $7.9 billion, and the directorate is expecting to eclipse last year’s figure, he said during the Air Force Life Cycle Management Center’s Life Cycle Industry Days virtual seminar.

“Even with a global pandemic, Foreign Military Sales continues to be somewhat brisk,” he said. Slowdowns are related mostly to countries where “national budgets are driven by tourism,” so they are more affected by the travel downturn. But with “a lot of the larger partners we deal with, [there was] not much of a change, even during COVID,” he added. The directorate has a backlog of “$226 billion in active FMS casework,” and some $41 billion of FMS cases are “on offer,” meaning they are ready to execute but the customer has yet to “sign on the dotted line.”

The directorate has seen about an 11 percent annual growth in work, and its workforce has been able to “flex” with that changing demand, Bruckbauer said.

Most of the contracts have to do with F-35s, A-29s, F-16s, F-15s, and MQ-9s, as well as assorted munitions, he said. The directorate also works with the Defense Logistics Agency on spare parts, logistics, and sustainment of systems sold through FMS, he added.

It also manages the “Worldwide Warehouse Redistribution Service,” or WWRS, which Bruckbauer described as a kind of “eBay” for spare parts and equipment. When a nation is looking to divest spare parts for aircraft or systems it no longer operates or if it has downsized, that country can offer the items for sale through the WWRS, and the directorate can “facilitate that,” he said.

The program “has been a success,” and the Defense Security Cooperation Agency, which funds the U.S. Air Force’s FMS activities, “is looking to do even more with that,” added Bruckbauer.

The Air Force wants to help the customers any way it can. “The last thing we want to see is for these very significant capabilities [to] become static displays,” he added.

Bruckbauer said there is $1.53 billion on offer in munitions, but his team said that did not mark a substantive uptick from previous years. Heidi Grant, when she took over as head of the Defense Security Cooperation Agency in 2018, said she would urge FMS customers to take advantage of high production rates and low unit costs to restock their munitions inventories. This year, the Air Force sharply reduced its budget request for direct-attack munitions, saying it reached its own restocking objectives.

He also said the Air Force has recently transferred some ex-USAF C-130s to partners under what’s called the “ramp for ramp” program.

“We are going to take a stronger look at how we’re advertising to partners what the third-party transfer menu looks like,” he said, referring to U.S.-type aircraft that may be in the boneyard or with countries seeking to divest.

“So, in the coming months, I think we’ll be working on a better way to share that with our partners so they know what’s available.”

The recent purchases of F-16s for the Adversary Air role don’t go through Bruckbauer’s organization, he said, but are “direct commercial sales” by the countries selling the jets.

On the recent sale of the F-35 to the United Arab Emirates, a letter of acceptance has been signed by the UAE, but it has not provided the deposit money, Bruckbauer’s staff said. The Biden administration is reviewing the sale.