Skip to content
An F-15E Strike Eagle armed with a variety of Joint Direct Attack Munitions on a May 7, 2019, mission over Southwest Asia. Photo: Master Sgt. Russ Scalf
Expand Photo 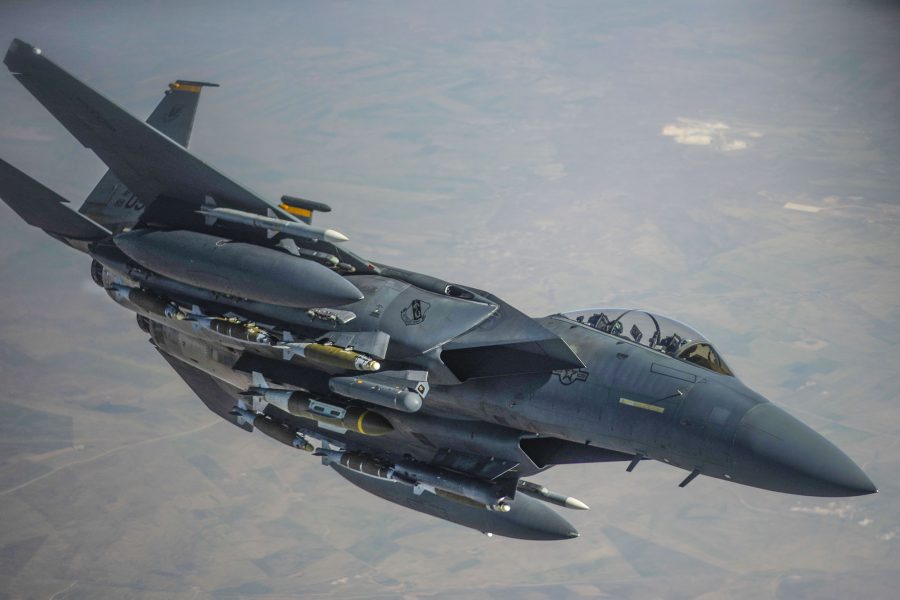 Funding for munitions may have taken a hit in the Air Force’s 2022 budget request, but Air Force Materiel Command boss Gen. Arnold W. Bunch Jr. insists munitions are not serving as the billpayer for other parts of the USAF budget.

The workhorse Joint Direct Attack Munition was cut by more than 80 percent over enacted 2021 levels, while Hellfire would be reduced 74 percent, Small Diameter Bomb 1 would drop almost 60 percent, and Sidewinder and AMRAAM dogfight missiles would decline 27 percent and 37 percent, respectively.

However, Bunch said the “pipeline” will remain open for more production if needed—and Foreign Military Sales customers are being encouraged to buy—but the savings are being used to increase purchases of weapons for a “high-end fight.”

“In the last few years … we built up those stockpiles,” so not as many munitions were needed, and the expenditure rate has fallen with the disengagement from Afghanistan, Iraq, and Syria, Bunch said. The savings were instead plowed into “high-end fight” weapons such as the JASSM-ER and Air-Launched Rapid Response hypersonic missile.

The Air Force may change the way it buys munitions, but not necessarily by returning to the leader-follower, dual-source methods of the 1980s, during the last Cold War, Bunch explained.

Instead, the Air Force wants to buy things “in a digital manner,” in which the service owns the technical baseline and can “insert new technology or a new component if our industrial partner can’t do something, and we should be able to surge” at need, Bunch said. “We’re already doing a couple of examples of that with steel manufacturers building [bomb] cases.” Digital acquisition will allow open architectures such that new technology can rapidly replace the old, he said.

“‘Owning’ is a strong word,” Bunch said, “but I want to get the technical part to the point that if we needed to make a change, to go another way to get a component in … that we can do that. And that is part of what we’re trying to do, is get that competition and move at the speed of relevance.” The approach will be applied to airplanes and other systems as well as munitions.

Across the command, he said, “we’re very focused on speed with discipline,” meaning that acquisition moves “at the speed we need, but in a disciplined manner, so we’ve got the right data rights and … models, and we understand what we’re putting on contract.”

This is “how we need to be doing all of our acquisitions. It almost needs to be the exception if we’re not going to go down that path.”

The Air Force also will “continue to invest” in the AGM-183 ARRW with an eye toward “first operational capability …in ’22 or early ’23,” Bunch said, which would indicate a slight delay.