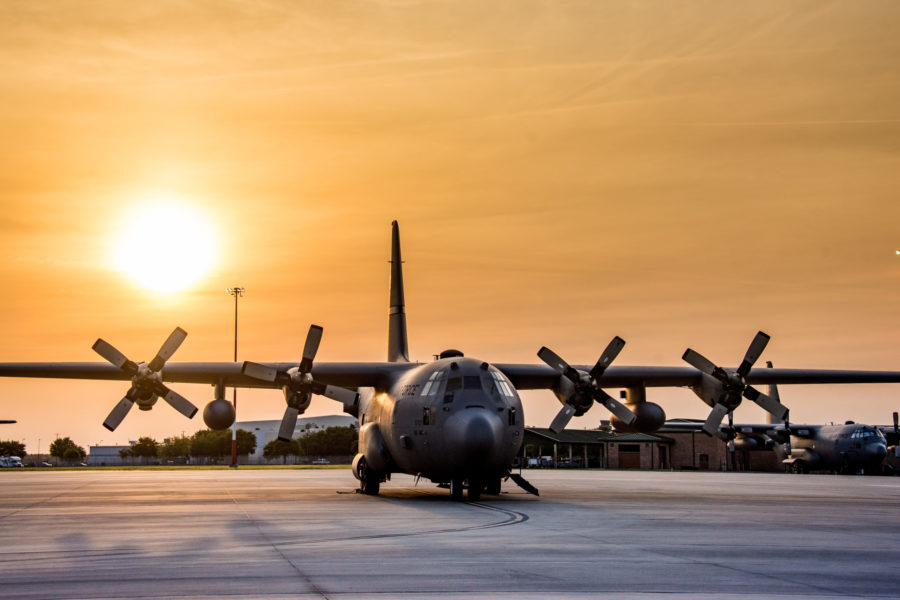 The Air Force faces an uphill fight with its plans to cut five units worth of C-130s, largely from the Guard and Reserve. The service, however, says the tactical airlift fleet can afford to absorb some risk and that there could be future lift possibilities outside of the venerable Hercules.

USAF wants to cut 55 C-130 tails, down to a fleet size of 255. Lt. Gen. David S. Nahom, the deputy chief of staff for plans and programs, said that number “covers what we need for our tactical airlift fleet and includes support to the homeland.”

Nahom, speaking during a July 14 AFA Mitchell Institute for Aerospace Studies event, said the Air Force is “taking into account all the missions that our C-130 crews do every day.” But both Congress and the National Guard have questioned recently whether that is true. National Guard Bureau chief Gen. Daniel R. Hokanson told the House Appropriations defense subcommittee in May that he needs the Guard to “retain every single one of those flying squadrons because of what they bring for our nation.” Plans, such as the Mobility Capabilities Requirements Study, do not take into account what C-130s do at home, he said.

Lawmakers have largely agreed. The same House panel on July 13 passed its version of the fiscal 2022 Defense funding bill, which includes four more C-130s than what was requested in the Pentagon’s proposal.

Nahom said the Air Force is working closely with the Guard and Reserve to find ”mutually agreeable replacement missions, and we’ve been successful in some places.”

For example, Maxwell Air Force Base, Ala., has been selected to host the Air Force’s MH-139 Grey Wolf formal training unit. This mission would replace the Reserve’s 908th Airlift Wing and its aging C-130Hs.

“There’s ways we can do this, and in a very positive way with the Guard and Reserve, and we’re certainly going down that road,” Nahom said.

Additionally, airlift capacity and capability is in a relatively safe position, compared to other missions, such as combat aircraft. This means the Air Force can more safely remove some capacity and resources from tactical airlift and shift it to areas that need more funding and personnel.

“When you say tactical lift, everyone goes straight to the C-130,” he said. “I’m looking at some future tactical lift. There’s some technologies out there right now that I think we need to stick our nose in and keep an eye on. Because when you look at logistics under attack and how we’re going to move things in a modern battlefield, it may not be in a Herk.”

This could include AFWERX’s “Agility Prime” effort to create a “flying car” for both commercial industry and the military. The Air Force is watching the Army’s Future Vertical Lift program, which is developing a next-generation helicopter for that service. And, the Air Force is talking with industry about some other capabilities that could provide lift in areas with smaller runways, or no runway at all, he said.