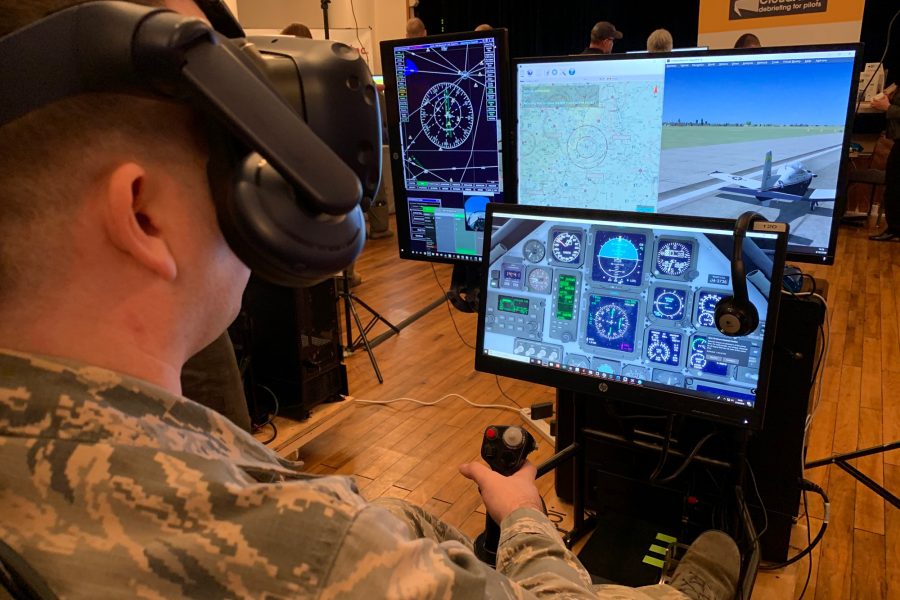 The Air Force is integrating lessons learned from its Pilot Training Next initiative into its regular pilot-training syllabus to create an experimental curriculum that will start this summer, 19th AF Commander Maj. Gen. Craig Wills told Air Force Magazine.

“In this new syllabus, we’re going to reduce our reliance on the T-1 [Jayhawk], with an eye towards determining whether we can really take Pilot Training Next to scale or not,” he said.

One major lesson learned that will be incorporated into this trial run is a greater focus on “student-centered learning,” Wills said.

“Our plan for force development is that the Air Force training adapts to the skills that the Airmen bring to the fight, not make everybody adapt to the training program we have,” Wills said.

He recalled the story of an Airman who’d entered the service following a civilian career as a T-6 test pilot. Despite this invaluable overlap, Wills said, USAF taught the Airman how to operate the aircraft all over again from scratch. While he said he believes the experience was a good education in “being an Air Force pilot,” the eventual goal is to prevent these kinds of training redundancies.

“As we move forward, what we’d really like to have is a system where we have the ability to assess what skills and talents you have and then make the training program more focused on how do we make you better,” Wills explained. “In some ways, if you’re not careful the way we do it now, we have a tendency to drag everybody to the same baseline.”

Another lesson learned that’ll factor into the experimental curriculum is the utility of “immersive training devices that Pilot Training Next has pioneered,” he said.

“They’re basically little simulators that we build from off-the-shelf parts, and the cost of the units is somewhere around, you know, $8,000-$10,000 compared to a $26 million regular simulator,” Wills explained.

While he conceded these devices’ capabilities can’t go toe-to-toe with traditional simulators, which he said boast a significantly higher fidelity and possess “a much different training value,” he said they’ve yielded undeniable dividends within the context of Pilot Training Next. To illustrate this, he pointed to the example of the most recent Pilot Training Next cohort, who began their training in January. While trainees typically solo in an aircraft around the 10-to-15-ride mark, Wills said that the new cohort’s “first two students soloed after four sorties in the airplane.”

“The difference is that they had had about 15 sorties in these immersive training devices,” Wills said.

The ability to speed Airmen’s time to solo flights is invaluable, since it gives the service two “extremely good options.” The first option, he said, is to teach Airmen the same lessons on a shorter timeline. The second, he said, is to keep the training timeframe intact, but cover more ground in terms of skills and tasks, thereby producing “a much higher-quality pilot.”

AETC Commander Lt. Gen. Brad Webb told Air Force Magazine this kind of student-centrism and utilization of “immersive technologies,” as well as “early access to information,” are “fundamental tenets” of how the command is changing the face of USAF training for Airmen across the Total Force.

The final syllabus for the pilot training experiment is still in development, but Wills was able to divulge some details of how it will be structured.

Participating Airmen can expect to be part of a cohort of 11-15 other individuals and to complete their training at Joint Base San Antonio-Randolph, Wills said. Four cohorts will cycle through the training, with the first one kicking off in July. Start dates will be staggered by approximately “two and a half months,” he said. The length of each Airman’s training will hinge on what kinds of airframes they’re slated to fly.

“If they go to the mobility forces, for example, we think it’s gonna be around nine months,” Wills said. “We’re still developing the fighter side of that syllabus, but we think that’ll be a little bit closer to the traditional … 12-to-14 month syllabus.”

However, he said the consensus is that most Airmen will spend “somewhere in the neighborhood of nine months” completing the training.

The ultimate vision for the effort is to bring the experimental curriculum to all of USAF’s pilot training bases “shortly thereafter,” Webb said.

“You know, we have to do it methodically,” he said. “We’re gonna fail if we just go poof.”

USAF’s ongoing pilot shortage is a huge motivator behind the transformation of its pilot training, Wills said.

“If we can find a way to train high quality pilots faster, then we have an obligation to do that,” he said.

But Wills said the service also has a responsibility to ensure Airmen receive training that’s as modern and technologically savvy as the way they live.

“When we look at our training systems for pilots, effectively, we’re using the same pilot training system today that we were using 50 years ago,” he said. “The airplanes have changed a little bit, but the basic system hasn’t, and so the question is, is that right for the best Air Force in the world? And we believe the answer is no.”

Airmen entering the service’s ranks are “smarter than any group of Airmen” the service has ever seen, Wills said, adding they are “better able to access multiple channels of information” simultaneously, and are just plain motivated. However, the new generation brings with it “high expectations” and a distaste for “long training programs that are simply based on everybody moving at the same rate.”

“So it’s an imperative for us to transform,” he said.