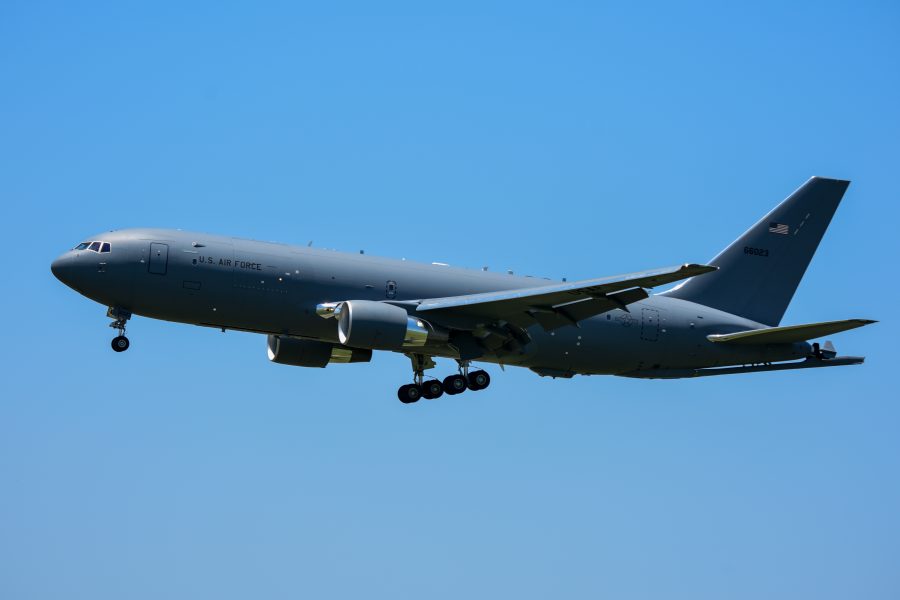 The Air Force and Boeing have agreed on a plan to replace the cameras and other components of the KC-46’s remote vision system, addressing the biggest flaw with the service’s new tanker. As part of the deal, the company will receive $882 million of previously withheld money, giving Boeing additional cash flow as the new coronavirus outbreak spreads.

The announcement came the same day Boeing, which has halted operations at its Washington state facilities, offered its more than 153,000 employees a voluntary buyout. Boeing President and CEO Dave Calhoun said it will take the aerospace industry time to recover from the pandemic and, “It’s important we start adjusting to our new reality now.”

The new system, nicknamed RVS 2.0, will include an overhaul of the plane’s technology, to include new 4k color cameras with proper viewing geometry, larger and higher definition screens for the boom operator, a laser ranger for refueling aircraft distance measurement, and augmented reality.

Will Roper, the service’s assistant secretary for acquisition, told reporters this technology and the incorporation of LidAR cameras will serve as the basis for an evolution into automated tanking on the aircraft.

“We wanted to send a clear signal in the deal that this is our tanker for the future,” Roper said.

The original RVS system stems from a 2011 contract and is outdated technology, so the upgrades will include current state-of-the-art capabilities, said Jamie Burgess, Boeing’s vice president and program manager for KC-46.

Under the memorandum of agreement, the service will lead the design reviews and approve specifications with the goal of initial fielding in 2023. Boeing will own all additional costs, and will design, install, and retrofit the aircraft. “There will be no cost at all to the taxpayer,” Roper said. Boeing would not comment on the anticipated cost of the changes.

Separately, Boeing is also developing an “RVS 1.5” focused on incremental software and hardware upgrades in the near term to improve the quality of the video feed for boom operators. These interim changes will go into flight tests this summer, with capabilities ready to be fielded in the second half of 2021.

Burgess said the initial upgrade looks to fix problems boom operators currently face “as we work toward that full technological upgrade, recognizing the time to test” and certify the new changes. The service will evaluate Boeing’s offerings with this effort to see if there’s any “operational benefit,” but the major focus is on the RVS 2.0 overhaul, Roper said.

“We’re interested in getting those enhancements in the hands of the warfighter, it will make the job of the operator easier,” he said.