Skip to content
USAF F-15C Eagles taxi to the runway for takeoff Dec. 5, 2017, at Gwangju AB, Republic of Korea during an iteration of the Vigilant Ace exercise. Air Force photo by A1C Kristen A. Heller.
Expand Photo 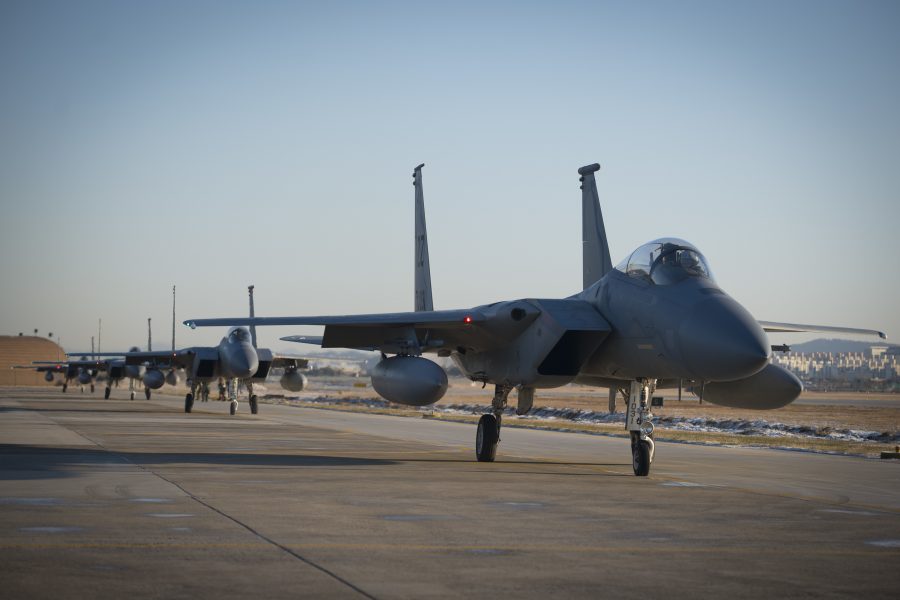 The US and South Korea will once again hold a scaled-down flying training event instead of the large-scale Vigilant Ace exercise, Korean officials told Yonhap news agency.

The decision marks the second consecutive year that Vigilant Ace has been suspended. The exercise, which first launched in 2015, regularly included hundreds of aircraft from both the USAF and Republic of Korea Air Force, along with the US Navy and Marine Corps. It exercised the pre-position air tasking order that simulates the first few days of conflict on the Korean peninsula and included 24/7 flying operations. Last year’s iteration was suspended following President Donald Trump’s summit with Kim Jong Un.

US officials have maintained that the suspension of large-scale exercises, such as Vigilant Ace, Foal Eagle, and Ulchi Freedom Guardian, among others, have not impacted readiness on the peninsula.

In March, US Forces-Korea Commander Army Gen. Robert Abrams told lawmakers the US changed the “size, scope, volume, and timing” of training, noting the US is “a trained and capable force.” Pacific Air Forces boss Gen. C.Q. Brown said after Vigilant Ace was canceled there were no “immediate” concerns about the degradation of readiness, but canceled exercises could create “difficulties” down the road.