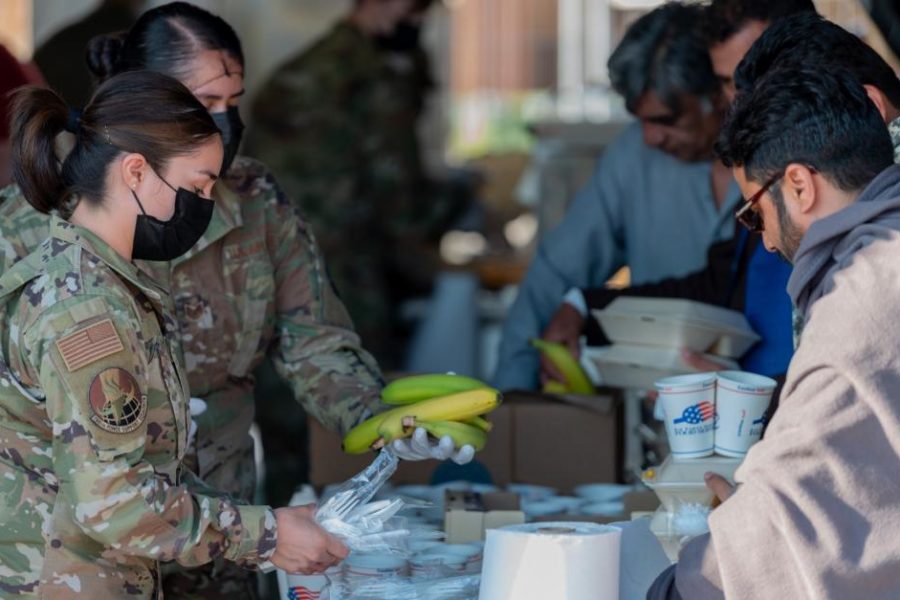 More U.S. military bases are accepting Afghan evacuees as pressure mounts to complete the airlift mission out of Kabul following of the suicide attack that killed 13 U.S. troops.

The Pentagon announced Aug. 27 that Holloman Air Force Base, N.M., will join Marine Corps Base Quantico and Fort Pickett in Virginia in accepting refugees. The Pentagon also reported that the U.S. and its allies had evacuated 105,000 people from Afghanistan since Aug. 14.

The Pentagon said the Aug. 26 ISIS-Khorasan suicide bomb attack outside the airport killed 13 U.S. troops, including 11 Marines, one Soldier, and one Sailor. Despite initial reports of two bombings, the investigation has determined there was just one explosion, said Maj. Gen. William D. “Hank” Taylor, the Joint Staff’s deputy director of regional operations, in a briefing.

The attack did not stop evacuations, and about 8,000 people departed the airport the same day.

“We have seen firsthand how dangerous that mission is. But ISIS will not deter us from accomplishing this mission,” Taylor said. “We appreciate your thoughts and prayers for all of our service members who are carrying on this mission today. Above all, we remain focused on evacuating American citizens and other personnel designated by the Department of State, safeguarding the lives of those whom we are providing assistance, and keeping American troops safe.”

In the final days approaching the Aug. 31 deadline, troops will start to carry out their equipment and depart the country. There were still about 5,000 U.S. service members at the airport Aug. 27, but Pentagon Press Secretary John F. Kirby said the department will no longer announce exact numbers and capabilities as the mission winds down.

U.S. troops at the airport have begun controlled demolition of equipment at the airport to prevent it from falling into Taliban or ISIS-K hands, though radars and other capabilities required for air operations remain so that planes can continue flying until the last moment.

Kirby said U.S. forces will continue to fly out evacuees to rescue as many as possible. At least 5,000 evacuees were still awaiting flights Aug. 27.

“As we get closer, … you’re gonna see us begin to make those muscle movements to pull out our troops, and some of our equipment, as appropriate with any retrograde,” Kirby said. “What we want to do is preserve as much capability for as long as we can, both in terms of the security footprint, but also in terms of the ability … to move out evacuees.

“Lives are still the priority,” he said. “We will try to continue to get as many out as possible.”