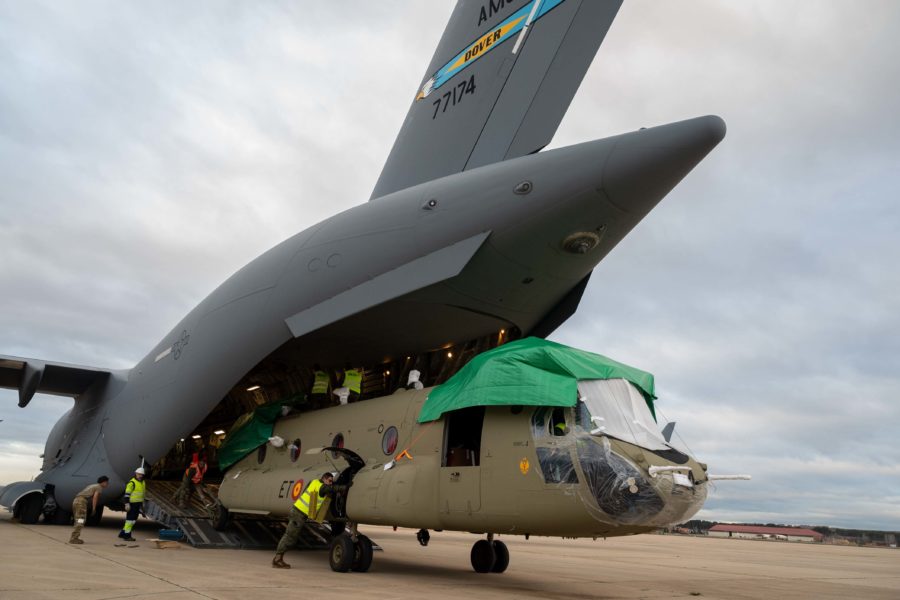 Implemented government-to-government U.S. Foreign Military Sales (FMS) rose 49.1 percent in 2022, while authorized direct commercial arms (DCA) transfers rose 48.6 percent in the same period, the State Department announced Jan. 25—with the former being driven mainly by the billions of dollars in aid for Ukraine.

Those numbers very well may not cover the true size of the increase. Many cases are in the system—with letters of offer or agreement, for example—but not yet authorized or congressionally approved. The State Department does account for that fact by using a three-year rolling average in tracking changes to FMS and DCA.

“Given the multiyear implementation timeframes for many arms transfers and defense trade cases, the Department utilizes a three-year rolling average in reporting,” a press release stated. “Each proposed transfer is carefully assessed on a case-by-case basis, in accordance with the Arms Export Control Act and related policy and guidance. Major defense transfers and sales are also subject to Congressional notification.”

The overall FMS three-year rolling average actually declined 2.7 percent, from $47.08 billion to $45.8 billion, but “implemented” deals over the same period rose from $35.8 billion to $51.9 billion, making a 49.1 percent increase.

Examples of FMS cases notified to Congress in fiscal 2022, which may not be implemented, include billions of dollars in air and air defense weapons, such as:

The three-year rolling average of Direct Commercial Sales—in which the U.S. government plays less of a middleman role—amounted to $127.1 billion worth of authorizations in 2021, rising to $153.7 billion in 2022, including sales of hardware, services, technical data, “temporary imports,” re-exports, re-transfers and brokering, the State Department said.

“The increase in authorized value … was primarily due to the authorizations adjudicated in support of Ukraine’s efforts to defend itself from Russia’s unprovoked aggression,” the State Department said.

The U.S. has provided $27.5 billion in “defense assistance” to Ukraine since Russia’s invasion in February 2022, but a State Department official said that figure should not be construed as all military aid and should not be counted against the DCA figures.

Direct sales notified to Congress included more than $2.6 billion for aircraft and air defense systems, such as:

The State Department also noted a “slight increase” to 13,445 “entities registered with the Directorate of Defense Trade controls to conduct defense trade activities.”

The Department said arms transfers and defense trade “are important tools of U.S. foreign policy with long-term implications for regional and global security.” In adjudicating arms requests, the U.S. “follows a holistic approach, which weighs political, military, human rights, economic nonproliferation, technological security, and end-use factors to determine the appropriate provision of military equipment and the licensing of direct commercial sales of defense articles to U.S. allies and partners.”

The State Department said the three-year averages “are not predictive of future year sales,” which could rise or fall based on “fluctuating foreign defense budgets, regional security issues, and ongoing changes to defense trade licensing jurisdiction, resulting in changes in technology and export controls.”

Portions of the defense industry have been campaigning for a relaxation of export controls on technologies such as remotely-operated drones, for example, which can easily be obtained from adversary countries if the U.S. is unwilling to approve their export.