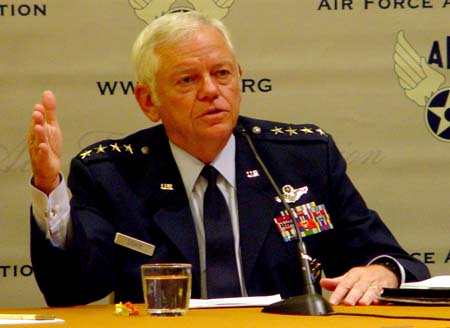 The long-awaited new mobility requirements study will soon be complete and be released by December, the commander of Air Mobility Command told reporters at AFA’s Air & Space Conference Tuesday. Gen. Arthur Lichte said the new document will include an updated and holistic look at the state of the air mobility enterprise and will include new aspects of the mission, such as the demands placed on the fleet by the standup of US Africa Command. “The one that is coming out in December is going through the coordination process right now,” he said. Although the 2005 mobility capabilities study, which was folded into the 2006 Quadrennial Defense Review, was not released in its entirety, Lichte said he believes for this latest effort “the whole study would be released.”