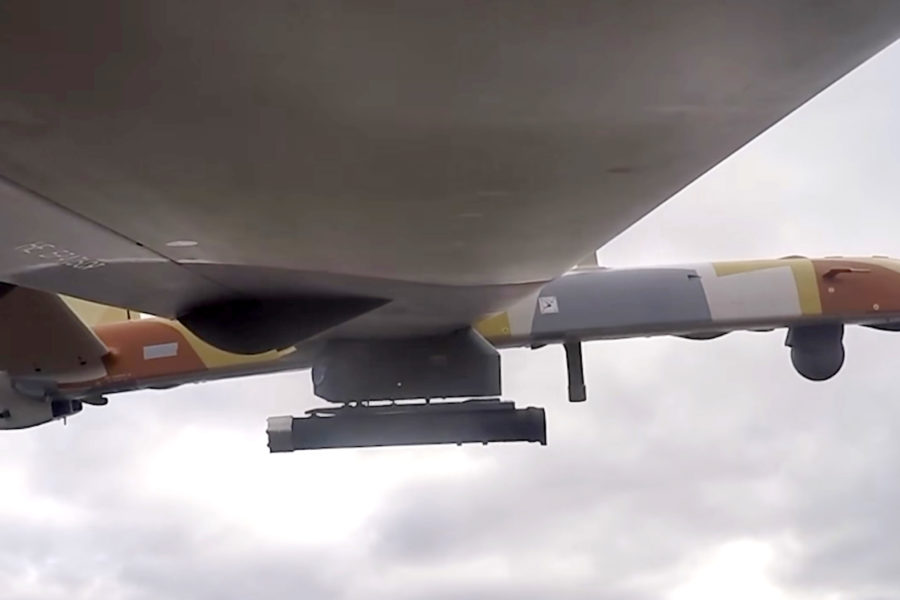 Even relatively unsophisticated drones are playing a critical role in modern air warfare, underscoring the importance of air defense systems that can cope with them, experts said in a Stimson Center streaming seminar, “Ukraine and the Future of Air Warfare.” Another theme: Distributed operations are clearly the way to go for militaries.

“We’re really witnessing a remarkable case study on the potential strengths and weaknesses of complex and integrated air and missile attack,” said Tom Karako, director the missile defense project and senior fellow at the Center for Strategic and International Studies. “And there’s a lot of lessons here.”

First, the intensity of air attacks by Russia and its use of drones—including those it imports from Iran—make air defense the “No. 1 refrain” in requests from Ukrainian president Volodymyr Zelenskyy, Karako said. Without sufficient munitions to counter these attacks, “that could portend another darker chapter in the war if Russia is able to operate in the air uncontested,” he said. He voiced approval for the approach being taken by William A. LaPlante, the Pentagon’s acquisition and sustainment chief, to make sure key munitions are built in significant numbers and stay in production. LaPlante has been “very vocal” on this point, he noted.

“Another big takeaway is the importance of distributed operations,” Karako said.

“Some reports suggest that 75 percent of the fixed-site [surface-to-air missiles] were, in fact, destroyed in the first week” of the conflict. “But those that were moved … had a better chance of survival,” he said. This shows that the U.S. Air Force is going in “the right direction” with its agile combat employment scheme of spread-out basing and rapid movement.

“This is a good … indicator of the value of the distributed operations that the United States military services have been developing for the past number of years,” Karako said. It’s also a strong “reminder of the challenge of integration,” which he noted is a clear U.S. desire but “really tough in practice.” While Spanish Hawk missiles, American Stingers, and other NATO missiles can be “kluged together,” it’s a challenge, he said.

LaPlante, in a recent speech, said the Pentagon has adopted the term “MacGyver” to describe Ukraine’s use of dissimilar sensors and missiles, improvised into an air defense network.

Karako applauded a move in the House to create a “Critical Munitions Fund” that would make monies available to step up production of staple weapons. It’s needed because munitions procurement has been on a seesaw and led to several instances of extremely low stocks, especially in the last administration.

“That ‘munitions minimalism’ … should be a cautionary tale for this administration and for future ones.” The Critical Munitions Fund “is a good start. But I think it’s going to take more. In fact, I suggest that we’ll [create] a strategic munitions reserve on the part of the United States, for ourselves and for our allies.”

Samuel Bendett, a Russia studies expert from another policy center, CNA, said Russia quickly turned to Iran for help with drones after realizing that Ukraine’s “integrated air defense is powerful enough to negate any significant Russian advantage in both manned and unmanned aircraft systems.”

Drones are made in many countries, and the cost of entry to this capability is very low, Bendett said.

A loitering drone with military capabilities can be made for $20,000 out of “almost entirely … civilian components and with light manufacturing that could be easily replicated in Russia,” he said.

The weapons are ideal for Russia’s tactic of trying to break Ukraine’s morale by “going after economic and civilian targets” to put pressure on Ukraine to “force them to the negotiating table, one way or another.”

The drones Russia has gotten from Ukraine are slow, “but they do have low radar signature” and are hard to track on radar, he said.

Bendett and other panelists said it’s unlikely that Russia has figured out how to use drones with an artificial intelligence such that they coordinate with each other through machine intelligence, but they are sometimes used in “swarms” that make targeting a challenge.

“A better word is, ‘mass,’” rather than swarms, he said. While many are shot down—Bendett said he’s seen figures from 60-90 percent—”all it takes its for one of these UAVs to make it through” to take out power plants, water distribution systems, and other civilian infrastructure.

“Russia is shifting its tactic as its military is getting pressed on the battlefield,” he said. There’s also evidence from Russian media that its industry “is capable of manufacturing these on a very large scale” with simple commercial components from Iran.

What’s lacking is Russia’s ability to operate such drones at long range or with heavy payloads, he said.

Margarita Konaev, deputy director of analysis and a research fellow at Georgetown University’s Center for Security and Emerging Technology, said the evolution of Russia’s air campaign is simple evidence that “Russia does not have the initiative in this war.”

The push against Ukrainian civilians, she said, is an indication of “the hope that the erosion of morale in the population will manifest itself in Ukrainian battlefield accomplishments.” This is unlikely, she and other panelists said, because the Ukrainians are fully mobilized, and they have high morale and a determination to defend their own land.

“Air defense isn’t going to win the war for you,” Karako said. “But the lack of it could lose it pretty quick. And so it’s having an effect, I would say, just by contesting and countering Russian aerial forces.” He added that “it doesn’t have to have a super-high [probability of kill] percentage to be able to have that effect. It deters certain activities or the freedom of action … [in] Ukrainian skies. That’s a pretty good effect.”