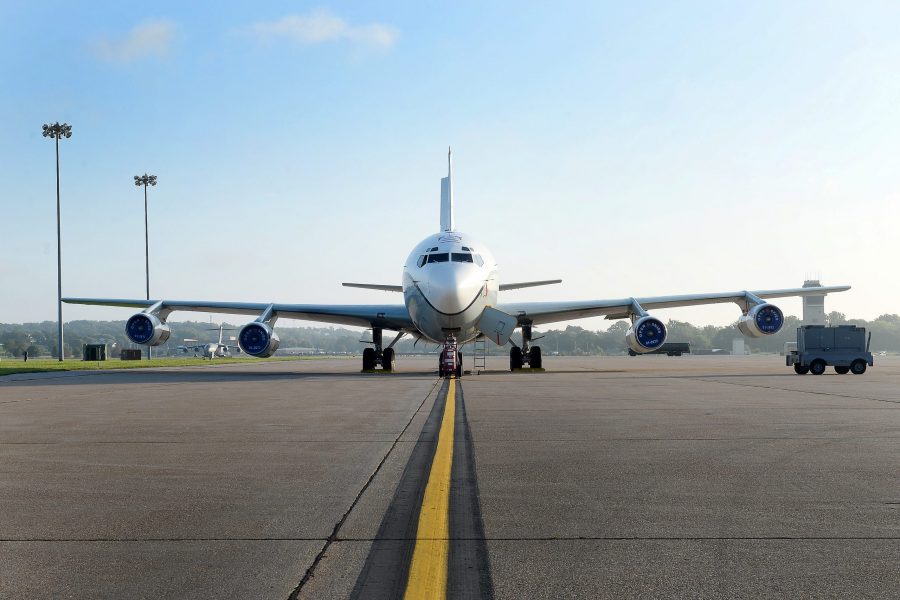 The United States on May 22 will start the six-month process of withdrawing from the 1992 Open Skies Treaty over objections that Russia isn’t complying with the arms-control pact.

Open Skies allows countries to monitor each other’s domestic military activity through routine aircraft flyovers. The U.S. flies those missions with two camera-equipped Air Force OC-135Bs, which are in the early stages of a replacement effort after six decades in use.

Government officials have debated the prospect of withdrawal for several months now, though the idea has been around for years. Those in favor of pulling out argue the U.S. should not waste time and money adhering to a pact that Russia is flouting. People against the idea say those arguments are disingenuous and the treaty plays an important role in geopolitical transparency.

Russia has restricted observation flights over Kaliningrad and the South Ossetia and Abkhazia regions of Georgia, setting off a series of U.S. actions intended to nudge Russia into compliance. Russia retaliated with its own decision to stop offering overnight accommodations for American flight crews, among other moves.

NATO pushed back on the Trump administration’s assertions that Russia’s actions under the treaty jeopardize U.S. national security by using Open Skies imagery to target American allied infrastructure, Defense News reported last year. The State Department said this week European concerns delayed what would have otherwise been a faster departure.

“We understand that many of our allies and partners in Europe still find value in the treaty, and we are grateful for the thoughtful feedback they have offered us during the course of our review of these questions,” Pompeo said. “If not for the value they place on the OST, we would likely have exited long ago. We are not willing, however, to perpetuate the treaty’s current problems of Russian-engendered threat and distrust simply in order to maintain an empty façade of cooperation with Moscow.”

The U.S. has used similar arguments to justify its departure from the Intermediate-Range Nuclear Forces Treaty, which bans the use of certain types of nuclear weapons. American leaders said the country would reconsider leaving the treaty if Russia abides by its rules.

Some believe surveillance satellites can take on the Open Skies mission, but experts told Air Force Magazine that satellites would have a hard time filling the role of the OC-135B. The Pentagon declined to discuss what might be next for the fleet.

“Since 2017, the United States has declared Russia in violation of the treaty for limiting flight distances over the Kaliningrad Oblast to 500 kilometers (km) and for denying flights within 10 km of portions of the Georgian-Russian border. Most recently, in September 2019, Russia violated the treaty again by denying a flight over a major military exercise, preventing the exact transparency the treaty is meant to provide,” according to a DOD statement. “We will not allow Russia’s repeated violations to undermine America’s security and our interests.”

Democratic Reps. Adam Smith (Wash.) and Jim Cooper (Tenn.), respectively the House Armed Services Committee chairman and the head of its strategic forces subcommittee, objected to what they see as unilateral action by the executive branch. They argue withdrawal will leave troops in Europe exposed to Russian aggression.

“Not only does the FY ‘20 National Defense Authorization Act require a minimum 120-days’ notification of the withdrawal notice, but also multiple communications from the House Armed Services Committee and other congressional chairmen have gone unanswered,” the lawmakers wrote.

Some Republicans on the Senate Armed Services Committee, including its chairman Sen. Jim Inhofe (R-Okla.), praised the move.

SASC member Sen. Tom Cotton (R-Ark.), a longtime proponent of leaving the treaty, cheered the decision and said money for the OC-135B recapitalization should instead be spent on nuclear weapons development.

“Today the President has taken another positive step to end America’s dependence on dysfunctional and broken treaties,” he said in a statement. “The Open Skies Treaty started life as a good-faith agreement between major powers and died an asset of Russian intelligence. For [Russian President Vladimir] Putin, the treaty was just another scheme to snatch a military and surveillance advantage over the U.S. and NATO.”