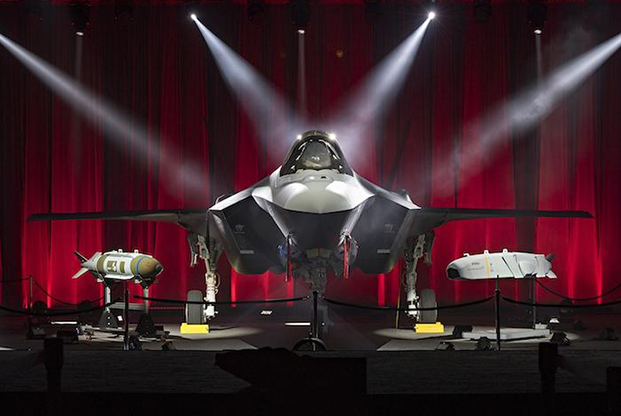 President Joe Biden can help smooth tensions with Turkey and prevent the NATO ally from further defense purchases from Russia if he throws his support behind the acquisition of Kicked out of the F-35 program for acquiring the Russian S-400 air defense system, Turkish President Recep Tayyip Erdogan is expected to lobby for $1.4 billion in credit toward a $6 billion renovation of Turkey’s aging air force. The deal could also improve U.S. relations with the Black Sea NATO ally, which have been strained since the Trump administration sanctioned Turkey’s defense industry and Congress blocked the transfer of six F-35s.

Turkey had originally hoped to purchase 100 of the fifth-generation aircraft.

“This deal is a positive if it goes through ultimately,” said Kadir Ustun, executive director of the SETA Foundation, a Washington think tank financed by private Turkish donations. “Turkey would feel reassured, and it wouldn’t have to turn to third countries for fighter jets because it’s no longer in the F-35 program.”

Turkey has had an on-again, off-again defense sales relationship with the United States in recent years. Turkey fields a fleet of F-16s but was denied the right to purchase Reapers a decade ago. When the U.S. pulled its Patriot missile system out of Turkey in 2015, a deal could not be reached to sell the American aerial defense system to Turkey. That’s when Russia stepped in and offered the S-400.

NATO allies balked at the thought that Russian technicians could be manning the controls of an S-400 as it studies the vulnerabilities of the F-35. Turkey went ahead with the purchase anyway, securing Russia’s most sophisticated radar and missile defense system for $2.5 billion in 2019 and triggering a mechanism that ultimately kicked Turkey out of the F-35 program in September of that year.

Turkey reportedly even tested the new system on American F-16s.

Still, U.S. officials are hoping a deal between Biden and Erdogan can put the two countries back on the right course, even if lingering issues such U.S. support for Kurds in northern Syria and the S-400 remain unresolved.

The State Department acknowledged that Turkish officials have publicly expressed their interest in purchasing F-16s but said the negotiation about the $1.4 billion paid into the F-35 program is separate.

“The United States has not made any financing offers on Turkey’s F-16 request,” the spokesperson said.

The Defense Department announced Oct. 27 that a high-level meeting took place between the DOD and the Turkish Ministry of Defense in Ankara to discuss remaining issues resulting from Turkey’s removal from the F-35 program.

“The meeting demonstrates the commitment of the United States Government to conclude respectfully Turkey’s prior involvement in the F-35 program,” Pentagon spokesperson Lt. Col. Anton T. Semelroth said in a statement. “Discussions were productive, and the delegations plan to meet again in the coming months in Washington, D.C.”

The Turkish Embassy in Washington did not respond to requests for comment from Air Force Magazine.

“The six aircraft Turkey has a financial interest in remain in U.S. possession and have been placed in long-term storage awaiting final disposition in consultation with Turkey,” she said. Maxwell declined to comment on the potential F-16 acquisition pending formal notification to Congress.

The position of the Senate Armed Services Committee, which approves foreign military sales, is mixed.

In July, Chairman Bob Menendez, a New Jersey Democrat, voiced strong opposition to Turkey’s alleged human rights violations and anti-democratic activity, and he made the S-400 a red line.

“Under no circumstances will I support the lifting of CAATSA [Countering America’s Adversaries Through Sanctions Act] sanctions if the S-400 remains in Turkey,” he said in a committee hearing on the U.S. policy toward Turkey. “Nor would I support Turkey rejoining the F-35 program. I am proud of the role played by Congress to advance these sanctions and ensure their implementation. The message should be clear—any effort to weaken NATO from within or outside will be met by a robust response by the United States.”

Menendez’s office did not respond to an inquiry from Air Force Magazine about its position on the proposed F-16 acquisition.

“Senator Risch has been clear Turkey will never have the F-35 as long as it has the Russian S-400,” a spokesperson told Air Force Magazine. “That said, he does recognize that Turkey does have a credit and has already spent a considerable amount of money that now cannot go towards the F-35.”

Ustun believes the future of the U.S.-Turkey defense partnership, and even Turkey’s participation in NATO, may lie in the hands of the U.S. Congress.

“If the U.S. refuses, once again, to kind of give those F-16s to Turkey, they’ll probably have no choice but to turn to Europe, but again, Russia will probably try to give Turkey a good deal,” he said.

Reports indicate that Erdogan has made overtures to Moscow to buy Su-35s and Su-57s fighter planes and jointly produce military aircraft engines.

“I think a presidential involvement will be necessary,” Ustun said of Biden’s potential role with Congress. “He would need to probably convince congressional members, and then if they insist on Turkey getting rid of S-400, that’s a deal breaker.”